Hooray, onto the next group of Bond songs, and we’re still in the poor/worse than average category at the moment:

21. Another Way To Die (from Quantum Of Solace) – Jack White and Alicia Keys 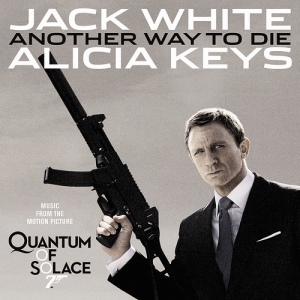 This is another strange one which starts off strong and highlights the two performers’ strengths, but once the vocals start it falls apart, highlighting the two performers’ weaknesses. The verse and chorus sound so flat and weak after the bombastic intro – the more the song goes on, the more it’s clear that the singers and styles do not compliment each other and it turns into a complete mess which makes you wonder how either person has made a career. But there are good moments – very few, very sparse. https://www.youtube.com/watch?v=gA6-B0GsqDU 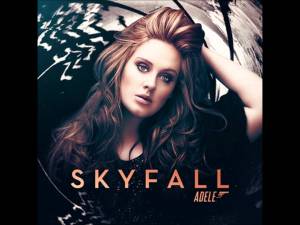 It seems to be a running theme – many artists have a strong intro, but then the song quickly descends into farce. I think this is because it’s in the intro that the original Bond theme and its descendants are recalled, then once the song properly begins, the mediocrity of the artist comes through. That’s certainly the case with Skyfall – a song so bland that, legend has it, it faded away into thin air after it was recorded and it took a team of warlocks and priests to come into the recording studio and cast incantations in order to bring it back to this reality. The song begins strongly, with sweeping orchestra interrupted by lonesome piano. Once Adele starts to warble we are reminded what a state the British music industry is in that she is deemed to be the shining light. She can sing, but so can any random drunk. The verses have a complete lack of melody, and the chorus a complete lack of emotion. The only other positive is the brief middle section ‘when the sky falls’ backing vocals section. Overlong, self-important, crap. https://www.youtube.com/watch?v=7HKoqNJtMTQ

Probably the most bizarre pick of an artist for a Bond song – a band long past their sell by date, and one whose melodic grrrl power punk pop doesn’t seem to have anything to do with globe-trotting spies and metal toothed gigantor assassins. The song itself is fine, but just a little forgettable, abandoning everything that made Garbage interesting. The verses are crap, the chorus is fine, backed by lovely strings and brass which immediately evoke that Bond feeling. https://www.youtube.com/watch?v=8C5NLfYdZaE

Have I already covered one of your favourite Bond songs? Any guesses at which songs will make my top 3? Let us know in the comments section!