1880s: Cecil B. Demille. For contributions to Film And Theatre. Arguably the first superstar Director, DeMille became the most wealthy and successful filmmaker in Hollywood, his casting choices would turn many unknowns into household names, and his later epics remain masterpieces of the craft. He is known for works such as The Ten Commandments, The Greatest Show On Earth, and Samson And Delilah.

1890s: Harold Lloyd. For contributions to Film. Lloyd was one of the first, and most successful comedians of the silent period, his pictures taking a more action-oriented and slapstick approach than his counterparts, such as Safety Last, Girl Shy, and Hot Water.

1900s: Ray Milland. For contributions to Film and Television. Milland moved from the UK to the US in 1930 after a few appearances in minor British films. Quickly establishing himself as a suave leading man he eventually broke out of those confines to achieve a wider variety of roles and success, picking up a Best Actor Oscar and even moving in to the Director’s chair. His career went from the 1920s into the 1980s in works such as The Lost Weekend, Dial M For Murder, and Markham.

1910s: Jane Wyman. For contributions to Film and Television. Wyman was both a nominee and a Winner of Academy Awards and Golden Globes in a career which saw her move from backing dancer to supporting roles to leading lady in works such as The Blue Veil, Johnny Belinda, and Falcon Crest.

1920s: Jackie Cooper. For contributions to Film and Television. Maybe the first truly successful child actor who transitioned to successful adult roles, Cooper won an Oscar at 9 years old and became a Naval Captain during WWII only to return to acting (and Direct a few films) in the 1960s and beyond. He is remembered for works such as Skippy, Treasure Island, and The Superman Series.

1930s: Oliver Reed. For contributions to Film. Often remembered more for his off-screen antics than his on-screen ability, Reed was known to give ferocious and energetic performances from his Hammer beginnings until his final films in works such as The Devils, Gladiator, and The Muskateers Series. 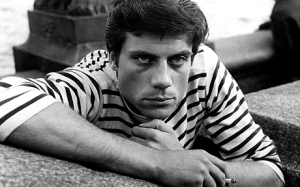 1940s: Rick Rosenthal. For contributions to Film and Television. Rosenthal has bounced between Film and TV since the early 1980s with varying success, eventually becoming a well-respected director of many popular TV series, his works including Bad Boys, Halloween II, and Buffy The Vampire Slayer.

1950s: John Hughes. For contributions to Film. The most 80s of any 80s Director or writer, the movies which Hughes created are indelibly scorched into the minds of any kid who grew up in that decade thanks to quick wit, style, and a sentimental realism as seen in such works as Home Alone, Ferris Bueller’s Day Off, and The Breakfast Club. 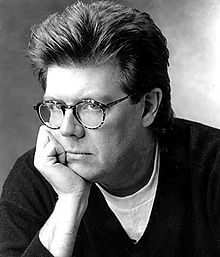 1960s: Steve Zahn. For contributions to Film, Theatre, and Television. Zahn has been performing since the early 90s in a wide variety of roles on the big and small screen eventually garnering critical acclaim in later films. Though he was frequently typecast in supporting comedy roles, he has branched out to greater success, his works including Happy,Texas, Riding In Cars With Boys, and Rescue Dawn.

1970s: Gigi Edgley. For contributions to Film and Television. Edgley has appeared mainly in Australian TV and movies giving often acclaimed performances and bringing a variety of talents to her roles in works such as Farscape, Last Train To Freo, and Rescue: Special Ops.

1980s: Ben Foster. For contributions to Film and Television. Foster has been appearing on the big and small screen since the mid-nineties and has received critical acclaim in many films but has yet to become a household name (though that may change with his upcoming role as Lance Armstrong) even though he has been in works such as Flash Forward, 30 Days Of Night, and Alpha Dog.

1990s: Ciara Bravo. For contributions to Film and Television. Bravo (18 at time of writing) has appeared in a small number of movies at TV series, but has shown great talent as both a voice actor and screen actor and will look to transition away from teenage roles in the next few years. Her works include Big Time Rush, Red Band Society, and Angels And Demons.

In addition to Stars and Statues being erected for the people above, the following attractions have been created:

In honour of Gigi Edgley’s induction – The Farscape Experience has been created, featuring full-scale replicas of Moya and many of the other spacecrafts from the hit TV series, you can choose to stay in one of our Farscape themed hotels, visit the Farsacpe Museum, and try the translator microbes which will allow you to understand any language in the universe.

In honour of Harold Lloyd’s induction – an obstacle course featuring many of Lloyd’s most famous stunts including climbing down from a 12 storey clock tower to leaping on and off a high-speed tram.