1880s: Lon Chaney: For contributions to Theatre and Cinema. Joining his son on the Walk Of Fame, Lon Chaney was an early pioneer of powerful acting and of using make-up to add physical and psychological layers to character. After many years as a bit player he gained renown in works such as Phantom Of The Opera, The Hunchback Of Notre Dame, and The Miracle Man. 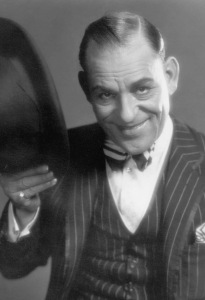 1890s: Fred Astaire. For contributions to Cinema, Theatre, TV, and Music. Probably still the most famous dancer who ever lived, Astaire had been performing from childhood working his way to Stage and eventually the big screen where he is known for such works as Top Hat, Royal Wedding, and Funny Face.

1900s: Otto Preminger. For contributions to Cinema. After a brief career in theatre, Preminger was secured by Fox and began a varied film career where he consistently challenged censorship and taboo subjects, directing films such as Anatomy Of Murder, In Harm’s Way, and Laura.

1910s: Donald Pleasance. For contributions to Cinema, Theatre, and TV. Known for his piercing stare and bald head as much as for his acting prowess, OBE Pleasance had a genre hopping career as highlight by such works as The Halloween Series, The Great Escape, and You Only Live Twice. 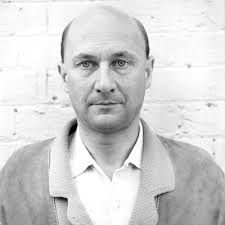 1920s: Ken Russell. For contributions to TV and Cinema. Arguably the first British director to push taboo boundaries, Russell was known for a variety of genres including biopic, adaptations, and the bizarre, as seen in works such as Women In Love, Altered States, and The Devils.

1930s: Sophia Loren. For contributions to Cinema. One of the most famous and successful actresses from Italy, Loren became an international sex symbol in the 1960s due to a string of hits, and has continued a long-lasting career including works such as Two Women, Marriage Italian Style, and Pret a Porter. 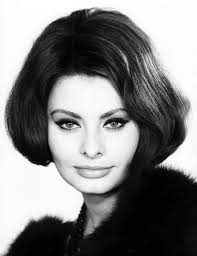 1940s: Stan Winston. For contributions to Cinema. One of the most renowned names in Visual Effects, Winston was prolific for many decades and created some of the most famous and iconic creatures and effects in movie history, as seen in such works as The Terminator series, The Predator series, and The Jurassic Park series.

1950s: Stephen Herek. For contributions to Cinema. Herek has had a string of successes since the late 80s, earning much critical and commercial acclaim without becoming a major Hollywood name – his works include Bill And Ted’s Excellent Adventure, Don’t Tell Mom The Babysitter’s Dead, and The Mighty Ducks.

1960s: Nestor Carbonell. For contributions to Cinema and TV. Although it has not been until recent years that Carbonell has become recognizable to TV and Movie audiences worldwide, he has been a fixture on both small and big screens since the early 90s in works such as Desperately Seeking Susan, Lost, and The Dark Knight series.

1970s: Asia Argento. For contributions to Cinema. Daughter to Dario Argento and Daria Nicolodi, Asia has broken out as a powerful actress in her own right, from her childhood roles to adulthood in works such as La Reine Margot, Land Of The Dead, and Mother Of Tears.

1980s: Kyoko Fukada. For contributions to Cinema, TV, and Music. Like many performers of her genreation, Fukada has found success in multiple fields, as a singer, and TV and movie actress in works including Ringu 2, Dolls, and Kamikaze Girls. 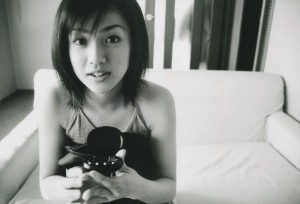 1990s: Ella Purnell. For contributions to Cinema. A rising star in Cinema, before her 18th Birthday Purnell has already gained acclaim for her performances in a number of hits including Never Let Me Go, Intruders, and Maleficent.

As well as the Stars and Monuments dedicated to the performers above, the following attractions have been created:

The Grand Fred Astaire Ballroom: A magnificent decadent Ballroom has been built to house many of the sets from Astaire’s movies and featuring a central spacious ballroom where you can dance the night away and watch special performances of some of his finest work.

The Stan Winston Memorial Museum: A museum featuring scale models and sets from all of Winston’s films, where you can learn about the man, his movies, and enroll in classes to learn how to become an effects wizard. Features include a lazer tag arena where hundreds of players pit off against each other through three distinct levels – the dense jungles of Predator, the skull laden apocalypse of Terminator, and the claustrophobic hallways of Aliens, and a special holographic attraction where you can re-enact the short Michael Jackson movie Ghosts starring yourself.

What attractions would you like to see created based off the works of the performers above? Let your imagination run free in the comments!