My Nominations: The Cannonball Run. Escape From New York. For Your Eyes Only. The Road Warrior. Raiders Of The Lost Ark.

My favourite category to talk about, and we’re in my favourite era for stunts. Escape From New York is the lesser of these movies where stunts are concerned, mainly because the others are classics in this regard to the point of being iconic. A Bond movie is always going to be nominated in this category – For Your Eyes Only notable for its opening Helicopter chase, its epic ski/motorcycle chase, and its mountain climb finale. Raiders Of The Lost Ark has the most iconic moments – fist fights near swirling aircraft, sprinting from boulders, and its cliff-side truck chase are some of the most memorable action scenes of the decade. The Cannonball Run is rip-roaring nonsense with a great cast and is a who’s who of stunt performers having a blast in a variety of fast cars. I’ve never been a car guy outside of movies, but there’s something – dare I say – sexy, about the fetishized car and care chase on the big screen. It’s such a fun idea for a film – albeit limited – a bunch of car and race enthusiasts compete in an illegal cross country race, evading cops and using their unique skills and tactics to get ahead. The cars, cast, and stunts are the main draw, and the stunts remain the best thing about the movie. A remake is inevitable, but in all honesty I’d prefer a short TV show – each episode focusing on a particular State as the race heads from East to West across the US, showing off the locations and dealing with the backstories and motivations of each character.

As great as the stunts and action are in each of the above movies – there can only be one winner in this category. The Road Warrior is one of the greatest Stunt oriented movies of all time, and its finale has never been bettered, arguably not even by Fury Road. It’s a thrilling spectacle, and the highlight of a movie peppered with other memorable action set-pieces.

My Winner: The Road Warrior.

There’s no getting away from Apocalypse Now, even its stunt work is top notch in those small set piece moments. Escape To Athena is a movie I loved as a kid and treated it as a James Bond spin-off as it features Roger Moore arsing about with guns. There’s a tonne of your typical 70s War action and there’s a great motorbike chase later on. It’s a lot of fun. Mad Max doesn’t go all out crazy in the stunt department when compared with the sequels, but it does still contain some epic 70s era car and bike goodness – Australia seemed to take a few more risks in their approach in this regard – they had less money and possibly spectacle, but many of the stunts look more dangerous and real and come across as more thrilling. Moonraker isn’t the greatest Bond movie, but it still has its share of memorable stunts – my favourite being the cable car fight. There’s also falling out of an airplane, an unusual chase through Venice, and of course the Space scenes. Finally, The Warriors is peppered with mini riots and alley and subway gang fights and chases which are deliberately messy.

1979 continues the decade’s downturn in quality as the years progressed – like last year there isn’t a standout choice or one film which most people will be aware of. The Tin Drum was the winner this year, but I find it a little impenetrable and overlong, following a few generations of a Polish family from the late 19th Century into WWII. It also has some dubious scenes involving an underage performer. Similarly, Wajda’s The Maids Of Wilko doesn’t do much for me, the well acted story of a man returning to the home of some sisters he used to tutor, only to discover them changed. Mama Turns 100 is typical comedy crap, To Forget Venice is the same, except for romance. My Winner then is A Simple Story – Romy Schneider is a women who gets pregnant, has an abortion, then deals with the suicide of one of her co-worker’s husbands. Again it’s hardly exceptional, but well-acted and not as annoying as some of the others here.

My Winner: A Simple Story 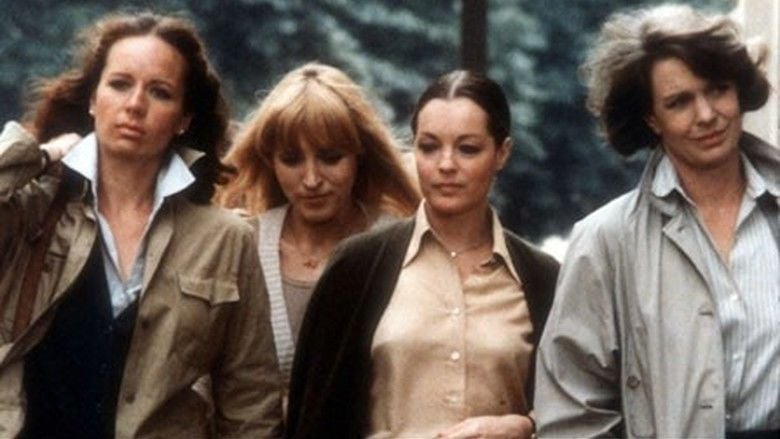 My Nominations: Love On The Run. Mad Max. The Marriage Of Maria Braun. Life Of Brian. Meatballs. Nosferatu The Vampire. Quadrophenia.

There isn’t a huge list of quality films to choose from this year, so we fall back on middling work from masters. Truffaut’s Love On The Run continues and concludes his Doinel series of films, this one being a montage movie as the character meets up with various past lovers as he tries to embark on his next relationship. The Marriage Of Maria Braun is Rainer Werner Fassbinder on better form following a woman’s perpetual on and off relationship with a soldier during and after WWII. Life Of Brian is more manic banter from the Monty Python lads, while Meatballs introduced the world to Ivan Reitman and Bill Murray who would both go on to better things.

Werner Herzog continued his partnership with Klaus Kinski in the memorably grim and beautiful Nosferatu remake while The Who would bring another album to life with the gritty, star-studded Quadrophenia. Keeping things British is the always controversial Scum, about a place where ‘bad boys went’ – there was one near my house when I was young and my parents were always threatening me with being dropped off there. I don’t think they ever saw Scum. Vengeance Is Mine is Japan bringing the US gangster movie style and maturity to their own shores with a twist, but my vote goes to one of the greatest Australian movies of them all – Mad Max. Australia had several notable films this year but Mel Gibson and George Miller’s apocalyptic road movie is an exercise in unease and roaring V8s.