A film which centres on its two fallen stars – actress Rose McGowan, and Director Victor Salva – who have both had significant hits in their careers, but now seem to be treading water. McGowan can be a great actress, and Silva is known to be quite handy with a horror story – with a very decent surrounding cast and an interesting premise, could this be a pleasant surprise?

Well, not really. The plot is scattered, that decent cast featuring Lin Shaye, Ray Wise, and Bill Faberbache are underused, some characters come and go with little explanation, and the motives for the main players are rarely clear. McGowan plays a radio host therapist, whose own dark past presumably helps her speak to listeners in an understanding way. When her father dies, she moves back to the house she grew up, and was abused in. There are whispers of what her father did, there are shows of emotion and she wants revenge, not against her father but against the person she believes killed him – it’s all very confused. Her boyfriend is really her ex, he’s a cop or a DA or something, and he may or may not think that she’s a little unhinged after her father dies.

Sonny (McGowan) moves in to her childhood home and her creepy neighbour tells her about the creepy paperboy. True enough, the paperboy is creepy, creeping to her door and asking if she wants a deliver, and sneaking away. Things happen, viewers yawn, and Sonny thinks the boy is both stalking her and murdered her dad. Half the police force of the US appear to be investigating her every whim, no-one believes her, but the boy keeps up his threats, sneaking into houses and calling her radio show to give veiled clues and creepy hints. More things happen, the boy makes a final attack, and the movie ends, naturally with an ambiguous conclusion.

I wish I could like this film, but it’s like some writer sketched a few ideas, someone else saw him writing those ideas and tried to recall everything by stealing a glance over his shoulder, then that someone else wrote a script which was rewritten on a daily basis once filming started. The premise has of course been done to death before, but home invasion and paranoia never gets old if its done well. Here we have some shadowy, unthreatening child who could be a demon/ghost/satanic triplet/Obama/other who decides to annoy McGowan for unexplained reasons. I don’t mind unexplained – in fact, I like being challenged and being faced with ambiguity and open questions, however this just smacks of the writers and director having no clue what they are trying to do. Wise does a good job, and I honestly have no idea if McGowan was good, average, or terrible because her face is like a PSA against botox. Honestly, looking at her was the most horrifying thing of the film, and I’m not saying that to shame or be sarcastic, but it’s genuinely saddening and scary that so many people at such a young age are going down this route – and it almost never goes well. Anyway, if you don’t like boys on bicycles, you may or may not get a kick out of this. 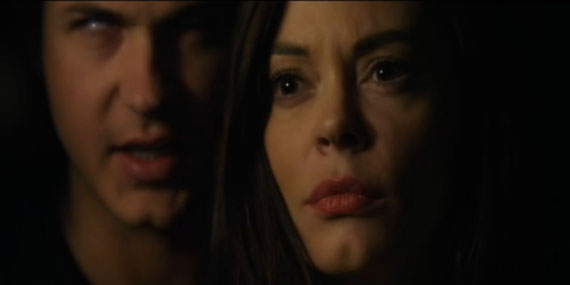 Let us know in the comments if you have seen this and what you thought of it! 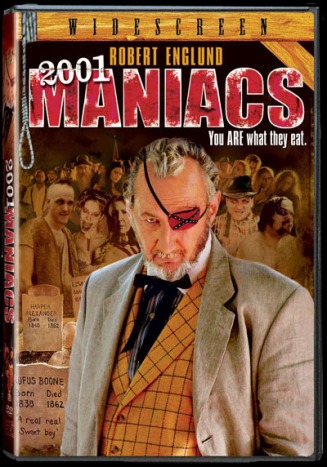 A remake of the Herschell Gordon Lewis gore-fest, this is low on outlandish gore yet high on elaborate death sequences, high on cult performers but low on good acting, with plenty of indecency and campy one-liners, stupid moments that border on embarrassing, and horror without any scares.

The plot will be familiar to anyone who has watched any horror film in the past fifty years – a group of friends on a road trip become stranded in a strange town with stranger inhabitants and have to fight for their survival. It opens like any number of 90s, early 2000s films introducing a group of detestable caricatures on their last day of University before heading off for Spring Break. On the way the meet more annoying stereotypes before taking a detour and ending up in Pleasant Valley, a town which is apparently stranded in Southern Civil War era cartoonishness. We have buxom milkmaids, inbred hicks, Huckleberry Finn-alikes, good old boys, howdee y’all housewives, and all the rest of it. Rather than immediately leaving, the group decides to stay the night and enjoy some free Southern hospitality, and possibly boobs. Before long limbs are being torn from torsos, shlongs are being bitten off, and bodies are being squished, all in the name of…. zombies/vampires/ghosts/torture freaks/revenge? It doesn’t really become clear until the finals scenes, and by that point we’ve fainted due to the inanity of it all.

Every cliche in the Great Big Book Of Cliches is here, with no attempt to inject any surprises, tension, or ounce of interest. Some may say that’s the point – it’s simply a remake of a silly grindhouse film. What’s the point then? Why not just go back and watch the original? The same could of course be said for most remakes, but in this instance there is really no need to watch unless you are a die-hard Robert Englund or Lin Shaye fan. Those two ham it up royally, while the rest of the cast a mere cannon-fodder. Normally I would excuse such things if the gore was respectable, but this is low-budget rubbish with effects you wouldn’t have been shocked by in 1964. Sure the odd eye pops out and the odd arm is ripped off, but it’s done as if the camera wants to look away – there’s all the build up and just when you think you’re going to get a bloody money shot, there is but a mere glimpse, and then nothing; It’s rare for a grindhouse movie to be so tame.

Having said that, the film did make me uneasy, though that may have been because I watched it during a particularly painful bout of insomnia mixed with sickness. I hadn’t slept or eaten in over 60 hours and was talking to the sofas at 2.00am so I put it on. For some reason, scene after scene of silly redneck accents and antics made me nauseous and I couldn’t stomach it. I only returned to the second half once my illness had been pissed away. By then I was ready for a bloody final 45, but it never came and instead I got the usual tropes – final survivors are led into a showdown, and someone escapes and finds a local sheriff. At this point you know there are only two possible outcomes – the local sheriff is in on it and brings you back to the scene of the carnage to die, or when the police come to investigate there is no evidence of any crime. I’ll let you worry about which ending this one has – it really doesn’t matter. Should you watch it? If you’re a horror fan then nothing I say will stop you from watching. It is tripe with few redeeming qualities, and yet the story has potential even though it’s been done to death already a hundred times. There’s really no reason for a film like this to be made, or for anyone to watch it, but by all means give it shot – there’s still unfortunately a lot worse out there.

Let us know your thoughts on 2001 Maniacs and how it fares against the original in the comments below!