1880s: Florence Lawrence: For contributions to Cinema. Often referred to as ‘The First Movie Star’, Lawrence (like many early Silent Movie performers) came from a vaudeville background and had travelled and performed with her family from an early age. It wasn’t until her teens that she found steady film work, largely due to her horse-riding skills which led to more meaty roles and eventually stardom. She is remembered for works including Resurrection, The Broken Oath, and Gambling Wives. 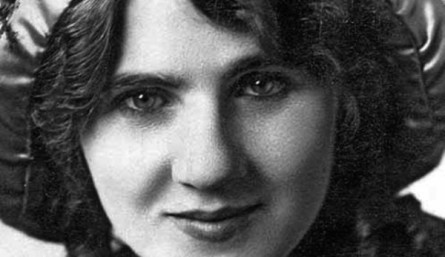 1890s: Mabel Normand: For contributions to Cinema. Starting out as a model, Normand soon became one of Hollywood’s most successful people and a pioneer for women in the business as she worked as an actress, writer, director, and produced in her own studio. She is remembered for works such as Mabel’s Blunder, Caught In A Cabaret, and Raggedy Rose.

1900s: Joan Crawford: For contributions to Cinema, Television, and Theatre. Crawford began her career as a dancer and chorus girl in theatre, eventually making her way to Broadway. After a period of self-promotion and hard work she found larger roles in silent films and became one of the few actresses to retain success into the talkie period. Soon becoming one of the icons of early Cinema, Crawford remains one of the 20th century’s most renowned movie figures with works including Whatever Happened To Baby Jane, The Women, and Sudden Fear.

1910s: Peter Cushing: For contributions to Cinema and Television. A titan of the horror world, Cushing brought a wit, charm, and grandiosity to the genre as well as everything else he touched. While it was in his roles in Hammer Productions that are remembered most clearly, Cushing also made memorable TV appearances and worked alongside Hollywood’s finest. His works include Star Wars, The Dracula and Frankenstein series, and Sherlock Holmes.

1920s: Lewis Gilbert: For contributions to Cinema. Gilbert found his way into the Business after several attempts, appearing as a child actor, moving to bit parts as he got older, before becoming an assistant Director. Learning the ropes as a documentary maker, after WWII he found fame writing, directing, and producing films based on the war which spurred on a career spanning nine decades. His works include Alfie, You Only Live Twice, and Educating Rita. 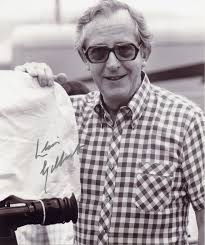 1930s: Janet Munro: For contributions to Cinema and Television. Even though Munro died at a young age she made a lasting impact due to appearances in Disney Productions and a number of other high profile films including Life For Ruth, Darby O’Gill And The Little People, and The Day The Earth Caught Fire.

1940s: Stockard Channing: For contributions to Cinema, Television, and Theatre. Starting out in Theatre and making it to Broadway, Channing’s big break came with Grease which led to a varied TV and Movie career while maintaining award winning Theatre performances. She is known for performances in The West Wing,  The Fortune, and Six Degrees Of Separation. 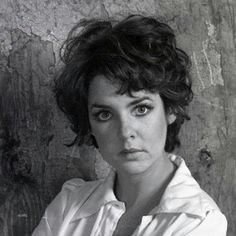 1950s: Doug Bradley: For contributions to Cinema. Bradley is known to horror fans thanks to his appearances in various series, most notably in Hellraiser, Books Of Blood, and The Reverend.

1960s: Lea Thompson: For contributions to Cinema and Television. Starting out as a successful ballet dancer, Thompson switched interests to acting, and made her first movie appearance at 21. Since then she appeared in a number of popular and cult 80s movies before branching out to television. She is know for works including The Back To The Future Trilogy, Caroline In The City, and Red Dawn.

1970s: Martha Plimpton: For contributions to Cinema, Television, and Theatre. A member of the Carradine family, Plimpton has shone in her own right, with her own name since the 80s becoming a multi-Tony Award nominee and Emmy Winner. She also lends her voice to video games and audio books, and is known for works such as The Goonies, Beautiful Girls, and Raising Hope. 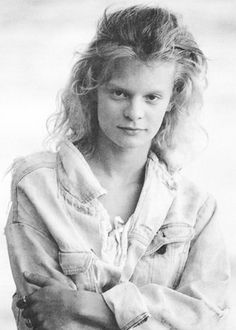 1980s: Jake Lloyd: For contributions to Cinema. Even though Lloyd has since retired from acting, he made an impression on Cinema as a popular child actor in films such as The Phantom Menace, Jingle All The Way, and Unhook The Stars.

1990s: Taylor Momsen: For contributions to Cinema, Television, and Music. Brought in to modelling and acting at a very young age, Momsen has also found great success as a musician in more recent years, both as a solo singer, writer, and as part of her band The Pretty Reckless. She is known for works such as How The Grinch Stole Christmas, Underdog, and Gossip Girl. 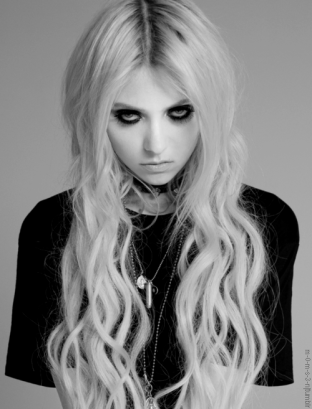 In addition to Stars and Statues being erected for those above, the following attractions have also been created:

In honour of Peter Cushing’s induction, the Hammer House Of Horror has been built: This enormous museum, built in the fashion of a Dracula or Frankenstein castle features hundred’s of rooms for guests to sleep in, multiple restaurants, and of course full scale sets and memorabilia from every Hammer production.

In honour of Jake Lloyd’s induction, The Pod Race Grand Prix has been realised: Featuring multiple tracks on multiple planets, you can watch the greatest Pod Racers in existence take each other on as they aim to win the Pod Race Championship. Moreover, various smaller training circuits have been designed and built so that budding stars or general speed freaks can try out these incredibly fast vehicles.

What attraction would you like to see being built based off any of the films or TV shows the above stars have worked on? Let your imagination run wild, and let us know what you would love to experience in the comments!