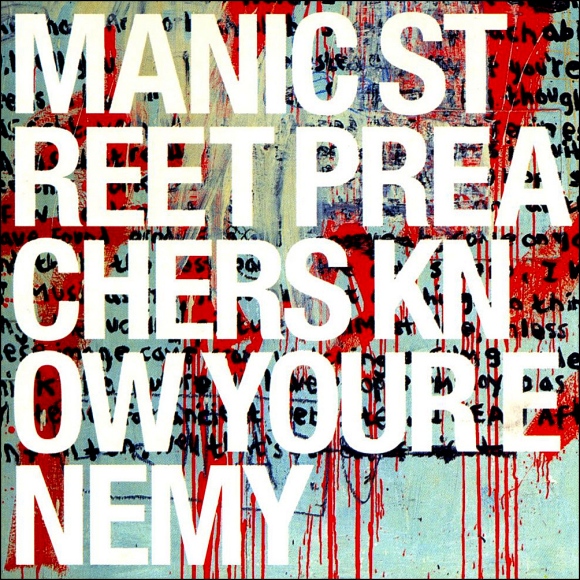 If many of the band’s traditional fans jumped ship after the release of their previous album, most of their new found fans left after Know Your Enemy. The band’s sort-of return to a more abrasive punk sound alienated those expecting another If You Tolerate This while the hardcore fans were disillusioned by the lack of musical focus and new-found experimentation. I’ve typically been a supporter of the album, as I am of each, but I’m not so jaded so as to not recognise its many flaws. It’s just so damn long, to the extend that by the time most people get to the second half they’ve already tuned out and miss out on lots of good stuff. Many of the songs repeat the same sentiments, quite a few are interchangeable musically, while the more experimental moments often fail. Apparently it was supposed to be two different albums, something which likely would have been the better option, but the record company wasn’t playing ball. So we have sixteen songs, plus one hidden track, but thankfully a few B-Sides worthy of replacing what did make the cut.  There are quite a few songs that I go back and forth on – Miss Europa I sometimes love, then other times can’t listen to it. First, my ranking:

Then, a better edit of the album:

Finally, my ideal version of the album, restored to 17 tracks – it’s still a bit excessive and I’d probably drop Track 17 altogether, but it’ll do:

What is your ranking of the songs on Know Your Enemy? What songs would you drop or replace? Let us know in the comments!

It takes a lot for a song to remain unique given the vastness of Know Your Enemy, but this one works and was strong enough to be a single too. Bradfield writes the lyrics to this one (for those who don’t know the band – 98% of the time Wire and Edwards write the lyrics and Bradfield and Moore write the music), a dedication to his mother who had just died, and ironically a more simple, more potent lyric than much of what Wire was able to write at the time. In the midst of all the political pissing and name-checking elsewhere on the album, this one reads like a very simple poem, rhyming words and all! Musically, it is terribly sad thanks to Bradfield’s tearjerking melodies plastered and drifting over easy listening acoustic guitars, Moore’s lonesome horn, and the occasional blast of electric in the chorus. There is anger and sadness here, regret and turmoil, and even some Japanese.

One of the better songs of its ilk on Know Your Enemy. The lyrics have a clearer target and the results are better. The music isn’t great, the mixture of organ and dissonant guitars manages to work against the odds, the vocals follow the scratchy low-fi nature of the sound to create an overall mess of distortion – I think it’s the melodies that save the day once more as the chorus feels jubilant and defiant. The song’s final minute is questionable, as we get a little vocal interlude followed by strange additional guitar piece – I’ll let you decide if it works or not.

2. I’m going on to happy toast/toes

2. Going on so happy and so loose.

So many of the songs on Know Your Enemy are in danger of getting lost because they don’t stand out from the other 15 tracks. That’s the main problem with Dead Martyrs – it just feels like another album track similar to many others; scratchy guitars, basic hook, simple lyrics. As you’ll see on these posts I have favourites from that album with others will probably overlook for the same reasons I overlook this one – there isn’t anything tangible I can say to describe why I feel this one is inferior to others – it simply doesn’t resonate with me.

2. Had a beginning but it got no end

3. Got no future, just dead stars for dead eyes