Unusually, Helen Hayes was the first person to win in both Lead and Supporting categories with her win for Airport this year. I would have assumed such an event occurred much earlier, but there ya go. Airport is a strange one – it’s not a film, or perhaps more accurately, it’s not a genre that you think of when you think of award winning performances. The Hayes win is a strange one, clearly The Academy handed the award to her for years of service, but then she already had one so…

At the other end of the road was Karen Black, just staring out on her career and having already cemented herself as something of a potential cult icon thanks to her appearance in Easy Rider. In Five Easy Pieces she gets to truly show her chops – no mean feat when she was doing it alongside Jack Nicholson. She is Nicholson’s bit on the side for the duration of the movie, using her sexually, reluctantly dragging her along wherever he goes, and while we see her through his eyes for most of the film Black’s performance stands out on its own in showing a woman with flaws and dreams as much as Bobby. Lee Grant also received a veteran nomination, though her career had been on the rise in recent years. The Landlord is another interesting one, a low budget discourse on racial tension and the desire of the young to be free of the expectations of the old, funny and sad together. Grant’s performance is okay, not a huge role, but fine. Sally Kellerman got a strange nomination for an ensemble piece where the men are the major focus, and Maureen Stapleton received her second nomination as the wife of Airport’s central antagonist. All fine performances, but there’s one clear winner here. 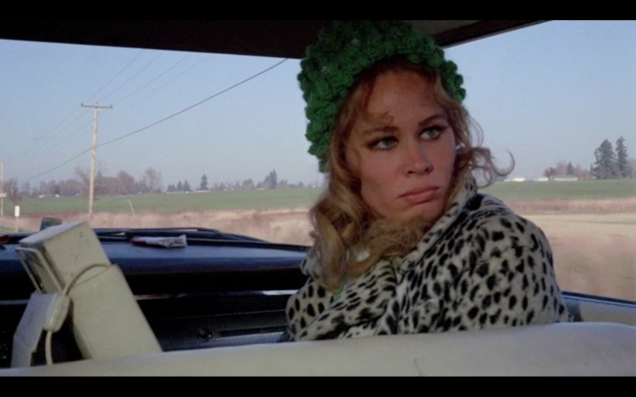 Only Karen Black makes it over to my list, and joining her is her Five Easy Pieces co-star Susan Anspach – a temptress and escape for Jack Nicholson’s character but one who refuses to be part of is roaming. Tuesday Weld is a different sort of temptress for a different sort of man in I Walk The Line, while Susan Sarandon makes a decent entrance as the runaway daughter of a man sick of counter-culture in Joe. Yeah, I couldn’t think of too many other performances this year I loved.

Let us know in the comments who you think should have won the Best Supporting Actress award for 1970!