So, Dee is back, and it’s all as weird and convoluted as you would expect. 2 things:

Oh yeah, another thing – I want to see some old friends coming back to see Dee, even if only for a handful of episodes or scenes. Make it happen.

Aside from that, i have enjoyed watching the comeback and it’ll make future episodes interesting. As a side note, I’m writing this on 1/31/17 and have not yet watched yesterday or today’s episode yet. I’ll try to finish and post ASAP. But enough of that, here are a few more of my favourite Neighbours characters!

Ahh Amy, sexy, flirty, and a little bit dumb, Amy gave hope to all hopeless nerds and romantics across the globe by loving resident geekazoid Lance. She arrived with her mum and brothers who all left the show inside a matter of months, leaving Amy to navigate the perils of Ramsey Street with her friends. She was there during my peak watching period/favourite watching time and so was part of the core Ramsey Street teen group, getting up to the usual fun and games, notably her on and off relationship with Lance and for preparing the blokes for the Full Monty show.

Special Power: Tricking people into believing she is a time-travelling Madonna.

She returned for the 20th Anniversary Show and appeared in Annalise’s documentary – and although still working as a flight attendant and still married, she gave Lance (who was watching) a special mention – one of my favourite moments of that episode. As for Jacinta, she’s still a regular on Australian TV and movies but I haven’t seen any of them. 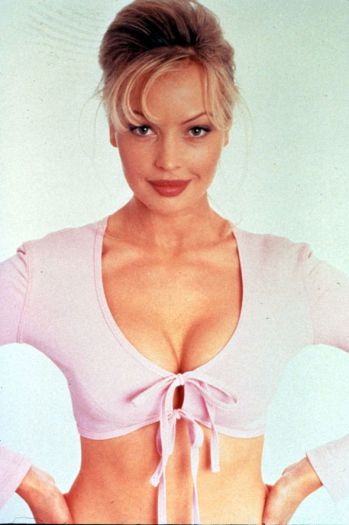 Speaking of Annalise – here she is! Another glamour Queen for Erinsborough, Annalise was a favourite of men on and off the show, making a significant enough impression in her three years to warrant her return for the 20th Anniversary show as a focal point. A typical blonde bombshell (a phrase I’ve never really understood), she had a million jobs, survived a plane crash, got it on with almost every bloke on the street, and got jilted on her wedding day. There’s probably a lot I don’t remember about her period on the show, but I was pleased to see her come back.

As you know, she became some sort of film-maker and came back to document Ramsey Street and its people for the 20th Anniversary. After that, I’ve no idea. Kimberley Davies made guest appearances on some pretty big shows – Friends, Ally McBeal etc and has also appeared in various reality shows.

Ah yes, Boy. Yes, I called him Boy. I always made fun of Boy because he always seemed like a bit of a tool in his early days, but I still liked him. As time went on, he was still kind of a tool, but always wanted to help people and was generally a good guy. I was a big fan of the Hoylands and was hoping they would stick around but around the time I stopped watching it was clear they were on their way out too. Reportedly Boyd was unhappy with some of the later relationship stories the Producers gave him, hastening his departure. He did have some good stories, acting as a surrogate father, getting on steroids, and developing schizophrenia. He was always protective of his sister and even though he was always butting heads with Max, it was clear they loved each other too.

After splitting up with Janae, Boyd deciding to leave with Sky. I know Steph has mentioned Max since I started watching the show again late last year, but I’m not sure if Boyd has been mentioned. Kyal Marsh quite acting after leaving the show, like so many others, but did appear in and win Circque de Celebrite. I’ve no idea what he’s at now.

The arch-schemer of the show, Izzy was a whirlwhind in her time on the show. I can’t say I ever really liked her character  – how could you – but she invigorated the show and caused trouble wherever she went. Her most significant moments were with Karl and Susan and Darcy, as she pretended Karl was the father of her unborn daughter. Later on it is revealed that Karl fathered a different child with her – Holly – who has apparently been in the show too. Her and Darcy marked the most scheme/wicked period in the show’s history.

Special Powers – Her lies can turn you to stone.

Where Are They Now 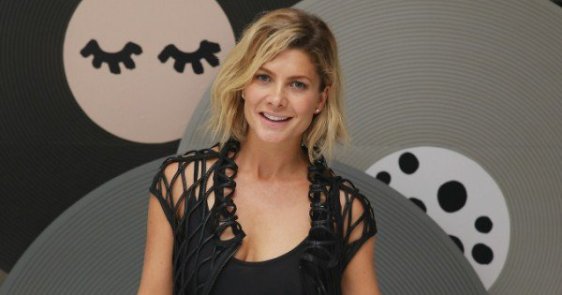 Currently faffing around somewhere – sent her daughter Holly to leave with Karl and Susan for a while in 2013, but didn’t show up herself. Natalie has had a successful career outside of Neighbours as both a solo singer and as part of a group with various gold and platinum singles and albums – I don’t believe I’ve heard any of her stuff. She has also been a TV Presenter, Judge, and appeared in a few movies.

Significant Others: The Hoylands, Steph Scully, The Robinson family

Good old Max – he always seemed stressed and in truth there was usually always something stressful happening to him or his family. Whether it be keeping tabs on his kids and looking out for the sister that everyone hated, or trying to keep his realationship with Steph going while dealing with the Robinson’s scheming (fair enough after he killed Paul’s innocent son thinking it was his evil twin… I know I know), Max had a tough life. But Max was a good father and always loyal, and hopefully after he departed for Fiji his life has been easier.

Where Are They Now – Max left in 2007 after splitting with Steph and later got sole custody of their son. He’s still in Fiji and every so often Steph mentions calling him to talk with Charlie. It seems unlikely he’ll return now as Steph and him have moved on. Stephen Lovatt is a respected theatre actor who has also appeared in a variety of TV shows and movies, from Xena Warrior Princess to Ash Vs Evil Dead! 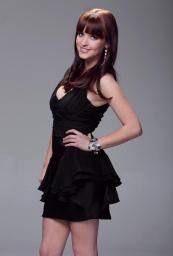 Oh man, it would have been sweet if Marisa had returned to play Summer – that may have been enough to make me tune in back in 2010. Summer was mature beyond her years, conniving, and highly annoying, but occasionally sweet as time went on. I never saw anything of her second stint on the show so I don’t know how different her character or the portrayal was. You couldn’t help but like her, even when she was annoying as hell, thanks to Siketa’s performance. 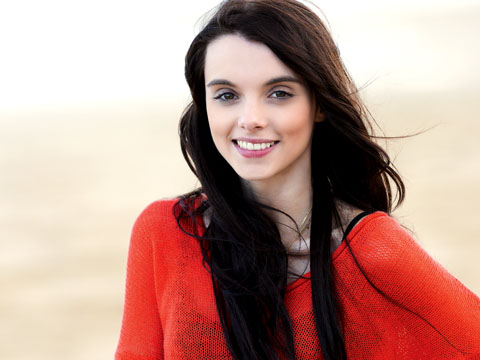 She left the show for the second time and headed for Paris. I’m sure her scholarship there is over, so it’s a ripe time for her to make another appearance in the show. Of all the Hoyland family, it’s Max and Boyd I’d love to see come back, but Summer and Izzy are the more likely options. Siketa was a child actress in Saddle Club and other shows but has since – you’ve guessed it – retired from acting and is now a traffic reporter on Radio. Jordy Lucas has had minor appearances in shows and movies I’ve never heard of.

I’ll only do a few more of these posts, I promise! Let us know in the comments what you thought of any of these characters!