On the surface this sure seems like a stinker – if the average movie fan has seen any of these it’ll be Bound For Glory which, set in the 1930s only forty years earlier doesn’t exactly strike the period itch adequately. Fellini’s Casanova got the win this year, scratching that itch in a more satisfying manner being set in the 1700s. It feels like an underrated Fellini entry but it’s probably the best adaptation of the life of Casanova, portraying the character in a less than favourable light. The other three films… they range from passable to interesting but none have a hope of winning here.

Although I thoroughly loath the film, Bugsy Malone deserves a nod here – not only getting the period marks but also for fitting all those suits and dresses on the kids. Buffalo Bill And The Indians has some snazzy designs while Logan’s Run may be dated now but still retains a unique enough set of designs for its dystopian paradise/nightmare.

I’d better start posting these before I get a full year behind!

Lego Ariel And The Magic Spell

Official Nominations: The Sting. Cries And Whispers. Ludwig. Tom Sawyer. The Way We Were.

There is really only one winner out of these choices, and another notch for Edith Head. It’s The Sting, it’s old-timey, you already know it’s my winner. Cries And Whispers seems like too basic a choice, the costumes are mere footnote to the rest of the visuals. Ludwig would have been in with a shot had it been more successful – it definitely looks the part, while Tom Sawyer has been made so many times now it’s difficult to see anyone doing anything unique with it. The Way We Were has absolutely no business being nominated here. 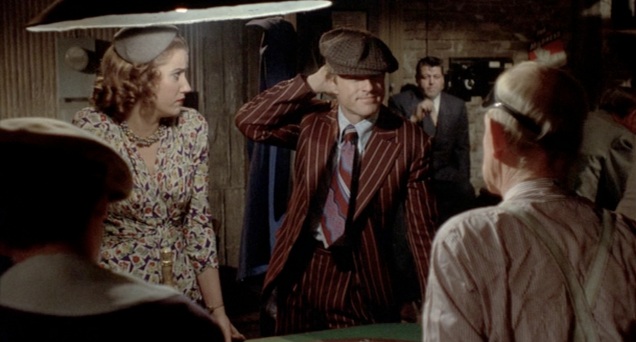 My Nominations: The Sting. Ludwig. Pat Garrett And Billy The Kid. The Three Musketeers. Westworld.

Three period pieces are added to my list – a traditional Western, a futuristic Western, and maybe the best take on d’Artagnan, Milady and co (aside from Dogtanian). No point discussing them though, as there’s still only one winner.

Let us know in the comments which film you pick as having the Best Costume Design of 1973!

‘There’s something out there waiting for us, and it ain’t no man’

‘In the morning… all through the night’

It’s a brand new year! Or at least it was when it started, all those months ago. Here’s what I grabbed:

Dr KittyCat is Ready to Rescue: Pumpkin the Hamster

Right, time to catch up with my Amazon Freebies. Like being jealous? Enjoy feeling envy? Look below and click the things to see the treats Amazon bestowed upon me in June of last year. In lieu of screenshots I’ve written some ‘hilarious’ Led Zep ‘associations’.

Down By The Seaside

Scott Of The Antarctic