Quest For Fire is a deserving winner, but it’s a 1981 movie and doesn’t need to be here. My default winner therefore is Gandhi. 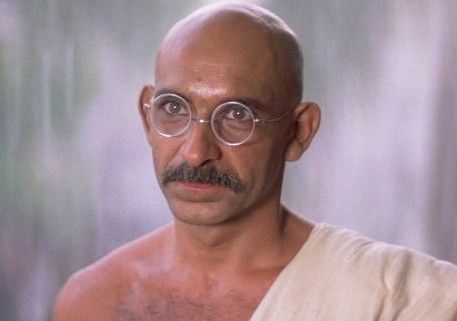 Does an animated, puppet freak deserve a nomination? I guess so, given some of the bigger films coming later in the 80s. Basket Case is a weird movie, but Belial becomes a character through the skill and grotesque artistry of his creation. If we nominate Basket Case, then we have to have the more impressive, expressive, bigger budget ET.

Conan The Barbarian has its fair share of creature make-up too, but more impressive is the gore work and paint work, particularly seen in the stealth attacks on Thulsa Doom towards the end of the film. My final three picks are all creature-effect heavy; Swamp Thing may be a dude in a suite, but it’s several levels more impressive than what you think of when you imagine a dude in a suit, largely down to the film’s setting and the facial make-up allowing us to see the actor’s emotion. Creepshow is a smorgasbord of Make-up treats, vignettes just as the film’s stories are vignettes, with Tom Savini leading the group of expert artists letting their imagination run wild.

But lets be honest; there can only be one winner here, with Rob Bottin and his team’s ground-breaking work on The Thing remaining awe-inspiring to this day. It’s not only a movie of Visual Effects, but of make-up – the two working hand in hand in an era when practical application meant the two art forms were more intrinsically linked.

My Winner: The Thing

The first Official Award for this category saw its most honoured recipient pick up the win – Rick Baker for his game changing work in An American Werewolf In London. The only other nominee was another legend in the game, the late great Stan Winston for the barely seen Heartbeeps. It’s probably best it remains that way. 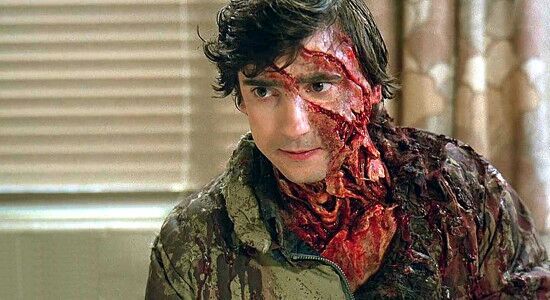 My Nominations: An American Werewolf In London. The Evil Dead. The Howling. Wolfen. Clash Of The Titans.

The Howling does a less impressive job than our winner because our winner focuses on much more than just the Werewolf or the kill effects, while Wolfen takes it down a notch again. The Evil Dead cares not for notches and smashes its way through every wall and ceiling of norms and expectations but in front of it. In another year it would be a definitive winner. Clash Of The Titans finally, features an array of make-up talents for its cast of human, Gods, and creatures.

It was the lack of a nomination, an award, any respect for the outstanding work on The Elephant Man in 1980 which prompted (finally) The Academy to introduce an official category. That means from next year I’ll have Official Nominations to look at for the first time, as well as my own picks. The Elephant Man is always going to be the winner this year, kicking off arguably the greatest decade of Makeup in Cinema’s history, with the great Christopher Tucker picking up my win. It’s not the only significant entry in Makeup this year, with Cannibal Holocaust’s realistic work enough to lead to official murder charges being placed on director Deodato’s head. Even now there is a gritty, disturbing realism to the blood and guts we are treated to. Inferno is less concerned with realism and more concerned with how memorable and shocking its kills are. This being Argento, you know you’re going to get some unforgettable set-pieces with garish makeup to boot. Finally, Altered States is something of a fever dream, and as such it relies on all manner of visual enhancement and trickery with Dick Smith’s makeup an important part of making the final product so trippy. 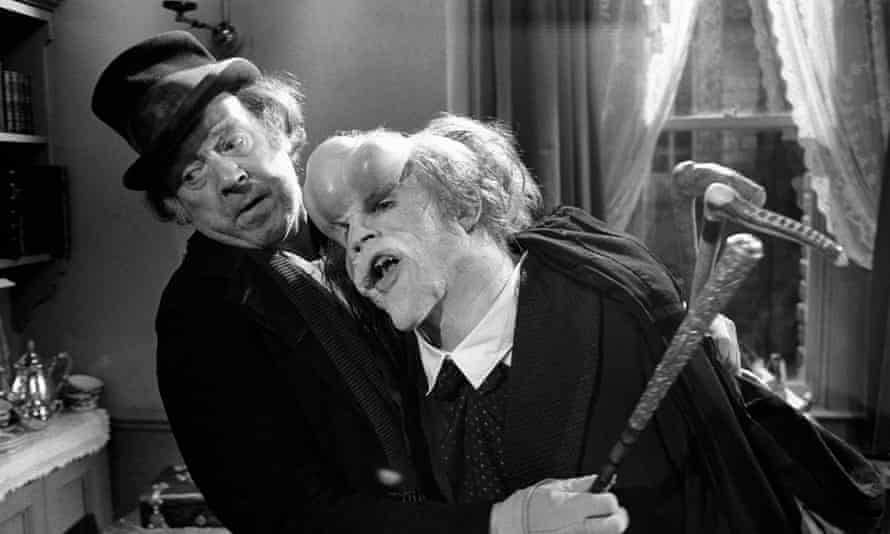 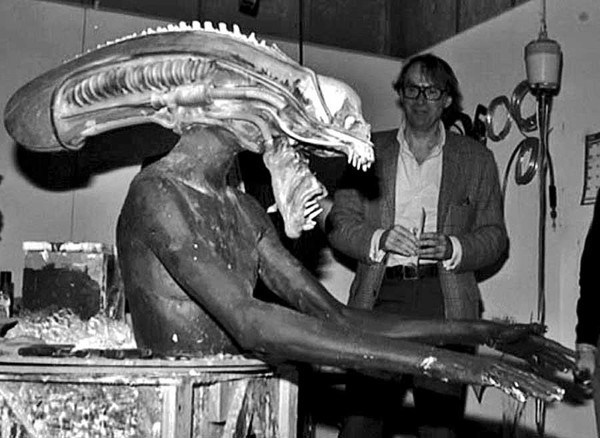 My Nominations: Dawn Of The Dead. The Fury. Invasion Of The Bodysnatchers. The Wiz.

We’re only a few years away from this category becoming official, so for now lets continue to honour those who came before. The zombies in Dawn of The Dead have a very unique look – that blue hue which makes them look very cartoonish. Depending on your personal taste, you’ll love or hate this. Beyond that, the gunshot and gore effects for the time are second to none and while much of it doesn’t hold up today thanks to the deliberate over the top colours, it’s better than anything else of the era. Rick Baker was one of those figures who ensured that this category even existed – his work on horror going back to The Exorcist and earlier lower budget movies. He picked up a Saturn Award (along with mentor William Tuttle) for The Fury in which psychic kids learn how (not) to control their powers.

The Wiz is an obvious choice with great work by Stan Winston to turn Michael Jackson and pals into The Scarecrow, The Tin Man, and The Wiz etc. Finally, Invasion Of The Body Snatchers offers some gooey alien goodness as duplicate humans in various forms try to wake up and take over the lives of everyone in San Francisco. Not to mention that dog.

My Winner: Dawn Of The Dead.

There are a few here that I’d be happy picking as winner – for sheer disturbing power Eraserhead’s work is second to none and creates a nightmarish atmosphere and vision which is difficult to get through, while the invention in Hausu puts most other movies to shame. The Island Of Dr. Moreau continues what was started with Planet Of The Apes, while Rabid offers a more urban take on zombies, with all manner of bodily stuff going on. That leaves Star Wars and Suspiria, and out of those two Star Wars wins on scope alone.

Let us know in the comments which films you would nominate here!

My Nominations: Bugsy Malone. 1900. Carrie. Logan’s Run. The Man Who Fell To Earth.

Not a lot to say on my nominations this year – epics, horrors, musicals, and sci-fi flicks are all standards for this category and any one is a worthy winner.

My Winner: The Man Who Fell To Earth.

Let us know your pick in the comments!

My Nominations: Barry Lyndon. Death Race 2000. The Man Who Would Be King. The Devil’s Rain.

Not a lot to discuss this year – horror movies and sci-fi didn’t make much headway in this regard, while the epics don’t do anything extraordinary either. In that case, I’ll do a double post – yay!

Once again there was no official award this year, so you’ll have to take my word on what was good. As would continue to be the case, the nominees mainly fall into the horror and fantasy genres – not genres which The Academy pays much heed to – but which nevertheless have created some of the finest examples of the craft. Young Frankenstein does subtle work to Peter Boyle to turn him into The Monster, but not so much that Boyle’s features and abilities are blocked. The Texas Chainsaw Massacre screams blood and guts, but there are only a few very minor scenes of such in the movie – it’s the make-up on Grampa and lighter touches on the rest of the family which transform them into something gruesomely human. Flesh For Frankenstein on the other hand goes all in on the gore effects, with viscera spilling all over the place. Finally, The Golden Voyage Of Sinbad is mainly notable for its stop motion and assorted effects, but the Make-up also gives a convincing sense of time and place. 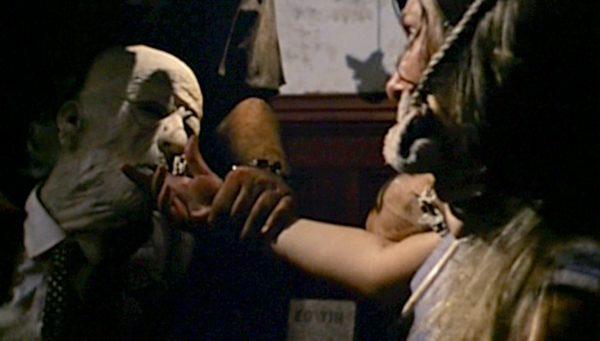 My Nominations: The Exorcist. Live And Let Die. Westworld.

Although there was a surplus of horror movies this year, few of them actually stand out for making advancements in this area. The one that did is of course, The Exorcist – Regan’s transformation to angelic child to spawn of Satan wouldn’t work without the talents of the Make-up team, not to mention the entirely convincing aging work done to Max Von Sydow. Live And Let Die has some nice paint and makeup jobs too on the likes of Baron Samedi and Kananga which are both for show and a specific plot point. Finally, Westworld has some notable makeup and effects works to show the gradual and sudden deterioration of the crush kill destroy bots.