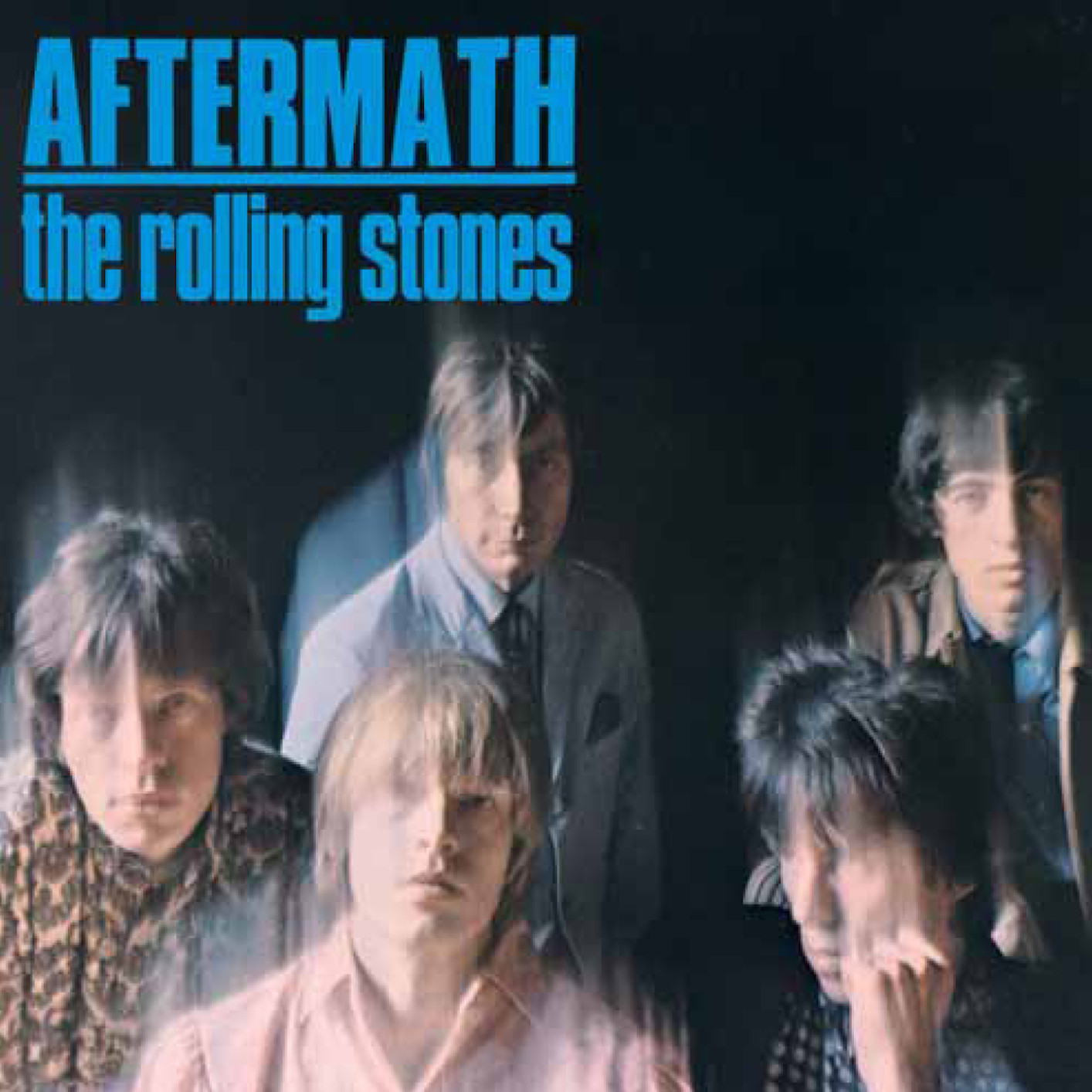 Greetings, Glancers! It’s fair to say that I haven’t got off to a flying start with respect to my Rolling Stones journey. It’s mimicking my first attempt, back when I was a lad – assuming there would be a treasure trove of new rock classics for me to discover, but instead finding a multitude of Blues covers and copies which did little to excite me. The bad news is that so far I still feel the same. The good news is that I remember Aftermath being the first album to actually excite me and contain some of those hoped for golden nuggets of goodness. So I go into Aftermath this time knowing and liking a few of the songs, but most of them I’ve since allowed to crumble into the darkest recesses of my memory. Here we go with Round 2.

‘Mother’s Little Helper‘ is thankfully one of the band’s first songs which doesn’t feel like a Blues rip-off. If anything it has more in common with the growing Mod movement than it does with Southern Blues. That strange little guitar riff is gold, the melodies are stronger than their previous originals, and while Jagger really goes all in on the guv’ner vocals, it’s an unusual little mystical ditty I had forgotten about.

‘Stupid Girl‘ feels full 60s, with the zany Scooby Doo keyboards and the shuffle rhythm. It’s another I’d largely forgotten about but it’s a step up from what they had done till this point. They take the melodies of The Beatles and spice it up with a grittier lyric. Two good ones and another two good ones right after this that I do remember.

‘Lady Jane‘ is one of the band’s more famous songs of this era and sees them in rare soulful, tender form. It’s lovely, though my one criticism is the stilted, overly theatrical vocal delivery as if Jagger has just been to elocution classes and been handed the lyrics to recite rather than sing.

‘Under My Thumb‘ has long been one of my favourite Stones songs. Probably since I first heard this album – this was the song where the band finally clicked with me as something more than Blues copycats. It’s fantastic all round – melody, instrumentation, that honking bass, the riffs. They even get away with making the handclaps not sound awful.

‘Doncha Bother Me’ is straight back into generic blues material. That’s a little harsh because there are twists on the formula, but it feels like a step down after the opening tracks. Love those cymbals coming in though and the little slip into falsetto. This is (mo) better blues though with a nice riff that stops just short of becoming annoying.

‘Goin Home‘ is a risk. An eleven minute song by a band known for their short blues numbers – blues by its very nature a genre based on repetition. The first couple of minutes breeze by harmlessly enough. That final repetition of verse and chorus feels a little unnecessary and then the freestyling comes in to shake things up. This is largely Jagger grunting and singing a la Morrison in The End while the band mess about, growing and pulling back. This is okay for about three minutes but then it starts to get silly and they lose their ideas.

‘Flight 505‘ starts out with some distant old timey saloon piano before the rest of the band crash in with a party blues stomp. The only other notable thing here is the fat bass which tumbles over everything else when it comes, though the occasional machine gun drums are tasty.

‘High And Dry‘ continues the blues and Country sound but they give it their own voice instead of merely sounding like every other 60s band covering the blues. Interesting percussive stuff going on, some great harmonica and guitar all the way through – most bands simply had a fw pieces of harmonica but this cruises from start to finish.

‘Out Of Time‘ was the one I knew before I heard the album first time around. For whatever reason this seemed to be on the radio a lot when I was young, though it could have been one of the many covers. In any case it’s a song I’ve known for a long time – naturally I love the Manic Street Preachers version but this is fantastic too even if it’s a minute too long.

‘It’s Not Easy‘ has more of that fat bass sound and an effective blend of rock and blues. Again you can tell where their influences are coming from, but the formula has been shifted enough that it feels like a Stones song instead of something from the US from thirty years earlier.

‘I Am Waiting‘ is another sort of experiment. Hazy and more laid back in nature. Some of the vocals have that uber-heavy accent which I don’t go in for. About one minute in it kicks into another gear with a great vocal and melody before withdrawing for another laid-back – like an early version of the quiet verse loud chorus dynamic which other bands would run with.

‘Take It Or Leave It‘ starts with guitars and little bells like a sweet ballad. Indeed it progresses in that fashion musically. Lyrically it’s another matter. Most importantly you can see people singing along with any part of it, especially the la la ta ta stuff.

‘Think‘ continues the nice blend of acoustic and electric and better melodies. Both the verse and chorus are hook filled and the playing from all fronts feels loose and jubilant. Another good one.

‘What To Do‘ returns to the country swing and the barfly piano. As mentioned, till this album the band hadn’t managed to pull off that style in an interesting way but here they have. It has that sense of cynical fun and confidence merged with the melodic competence which had been lacking previously. I might tire of this one quicker than others, but for now it sounds fresh.

It’s easily their best album so far and the first which sounds like a full original. They had been relying on their swagger and energy on the previous outings’ dull covers and inadequate originals. The opening four songs here are gold before we take a detour into blues land. Luckily the more blues driven tracks sound more authentic – songs created by the band rather than borrowed ideas. I think finding their own voice is the big change here, followed by adopting a stronger sense of melody; plenty of the songs here are packed with hooks and choruses which crowds can easily latch on to while before the blues standards didn’t offer much in the way of melody. There’s a couple of songs I’d forgotten that I liked first time around, and they still sound good this time – I’m more hopeful now that there will be more surprises like this in future albums. It’s hard not to recommend this one.

Nightman’s Playlist Pics: Mother’s Little Helper. Stupid Girl. Lady Jane. Under My Thumb. Out Of Time. I Am Waiting. Think. What To Do.