Michael Cimino had all the hallmarks and the origin story of becoming one of Hollywood’s great directors – his early scripts leading to films such as Silent Running and Magnum Force, gaining him enough recognition to make his first film Thunderbolt And Lightfoot to great success before making one of the great Vietnam films in The Deer Hunter. From there it all kind of fell apart, and stories about him were more about his cinematic and personal failures and shortcomings, and his part of bringing the age of the 70s auteur to an end. The fact remains that The Deer Hunter still exists and is a directorial triumph in every respect, commanding scope with depth, character with emotion, and plot with art.

Hal Ashby tackles America’s involvement in Vietnam with similar skill but lacks the scope and the mingling of beauty and horror of Cimino’s film. Buck Henry, an experienced performer and writer teamed with first time director Warren Beatty for Heaven Can Wait – a combination of their respective star power and writing credentials. It was a stepping stone for Beatty with regards to being a director and shows a natural talent for character and comedy. In Interiors, Woody Allen apes one of his heroes (Ingmar Bergman), not always successfully, getting the style and performances right, but not necessarily the subject matter and tone. Finally, Alan Parker moves briefly away from music-based movies to make the bleak and sometimes gut-wrenching Midnight Express. It’s difficult to leave your stamp on a film which is supposed to be devoid of colour and life, but Parker managers just that, allowing brief flickers of hope to be snatched away by nightmarish reality.

I think Cimino is always going to be my winner here, even though I add a few directors who made films this year I love more than The Deer Hunter. The first of those is George A Romero, who makes his opus in Dawn Of The Dead, expanding upon the universe and lore he invented and popularized in Night Of The Living Dead. The obvious satire on consumerism and on American Gung Ho culture is at times on the nose, but it’s the more vicious undercurrent of hopelessness when trapped in paradise which is more subtle and effective. His use of colour and gore to make something hyper-real to the extent that it becomes like a comic book, the polarizing, multi-faceted arguments which punctuate the script from the first moment to the last, the dialogue, music, action, and perhaps most of all the sheer fun of it all rescued the horror genre from the hands of studio execs and gave it back to the people who actually cared about it.

Keeping within the horror genre, a new master was rising, name of Carpenter, and his seminal slasher Halloween forever changed the game. Not only did it create an endless supply of knock-offs but it reminded studios and young filmmakers that it was possible to make a hit, and a great film, with little money, some experience, and a lot of will. Halloween ranks among the most watchable and fun horror movies ever – Carpenter throws every trick in the book at the wall and most of them stick, but more than that he shows an assured skill and confidence behind the camera, ensuring the film is a truly cinematic, communal experience. It plays upon our inherent voyeurism yet forces us to become more than passive, and it retains that unspoken Carpenter quality which makes the film timeless and addictive.

Moving gradually away from horror, Franklin Schaffner crafted another ambiguous sci-fi thriller in The Boys From Brazil  – the story of escaped Nazis, their genetic experiments, and the people hunting them, a premise begging not to be taken seriously but made effective thanks to the casting and direction. Similarly, Philip Kaufman’s remake of Invasion Of The Bodysnatchers is seen by most as the definitive version of the tale of terror, the growing paranoia less in your face than the original but more sinister, twisted, and twisting. Terence Malick returned after a five year break with Days Of Heaven, a typically beautiful yet detached film while Randal Kleiser makes what is arguably the atypical modern musical with Grease. Claudia Weill and her film Girlfriends exudes an indie cool and understanding of the subject matter often lacking from the bigger budget efforts. Finally, Richard Donner essentially creates the superhero movie genre with Superman – a film which still ranks near the top of that genre.

I’ve picked Cimino for the Official win, so lets give someone else a chance.

Let us know in the comments who you pick as Best Director of 1978! 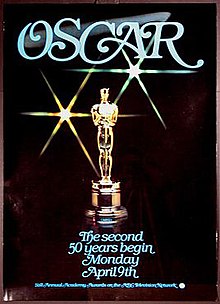