Oh man. It wasn’t enough to have a Ray Charles Jazz album last time around, but now we follow it up with what I can only guess is another Jazz album. Most of my knowledge of Charles Mingus comes from his work with and influence on Joni Mitchell, an influence to my mind which turned Joni Mitchell from a unique and wonderful folk performer and writer to just another jazz noise disturbance. I don’t know much about Mingus as an artist, but I’m going to assume this is going to be highly experimental, there’s going to be trumpets, and I’m not going to like it. Open your mind, Nightman, open your mind! 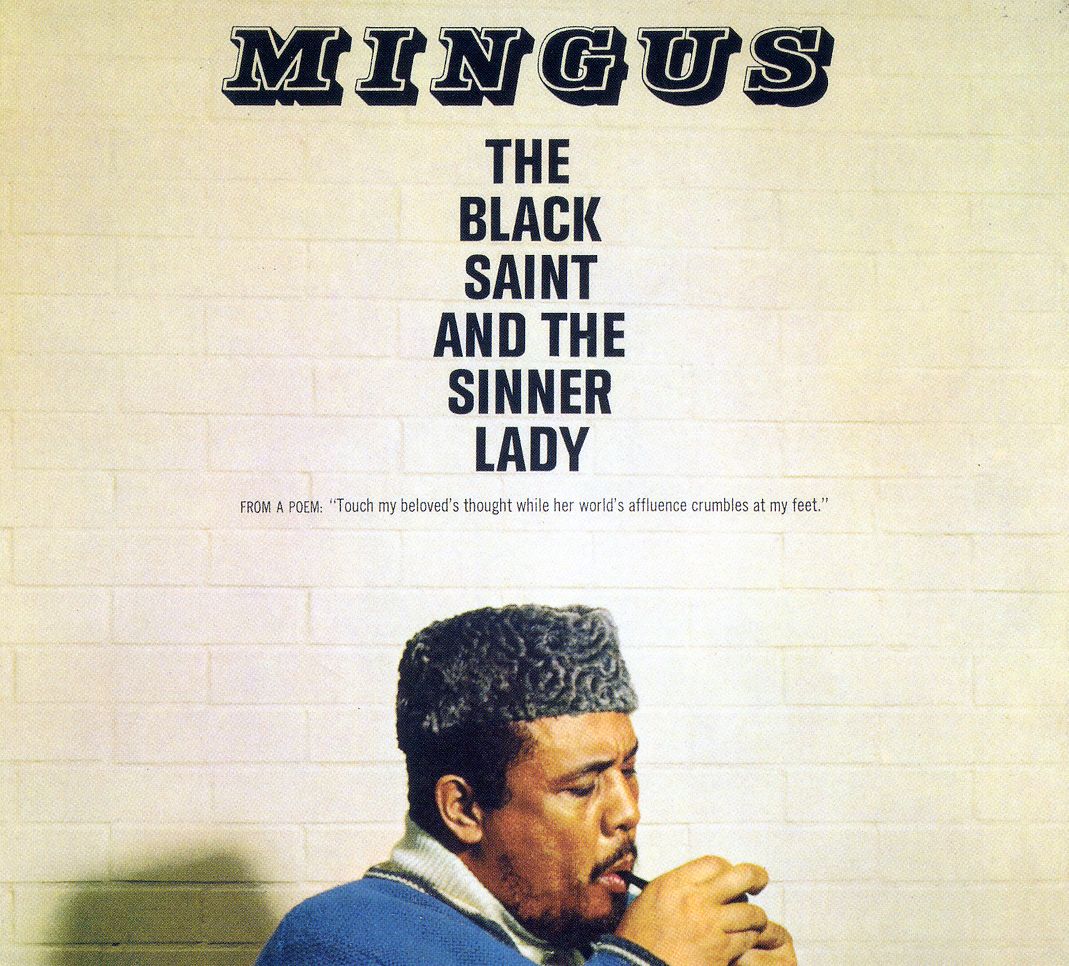 What Do I Know About Charles Mingus: He was a jazz guy, experimental, and worked with Joni Mitchell and others.

What Do I Know About The Black Saint & The Sinner Lady: Nada.

Oh man, look at the album cover. Is it a dude parping on a brass? Is he merely kicking back and enjoying a pipe? Is he in prison? In which case, why is he dressed in the blue of a comfortably numb Secondary School English teacher? Is that is hair, or is it one of those Russian hats that movies have told me Russians wear? Wikipedia tells me it’s a forty minute album – so hopefully shouldn’t hurt too much, but it’s a single composition split into four tracks… interesting? Lets just get on with it.

Solo Dancer: Look, I’ll be honest. It’s going to be difficult for me to actually add anything of worth in this review. I’ve listened to the album in full a few times now, but still the best I can do to differentiate each of the four tracks is to say that one is long, one starts with piano, and the other two are a bunch of trumpet waffling. I lack the musical expertise to break down any real differences and I lack the willpower to give a shit about music which feels so empty and bland to my ears.

This is the opening trumpet waffle. Try as I might to get into it, to feel the groove, to enjoy the faffing about, to appreciate the artistry and creative fuel behind it, I just can’t. Jazz is not for me. You could play me a hundred pieces by a hundred geniuses, and they’d all sound like the amateurish ravings of a drunk you picked up a horn for the first time.

Duete Solo Dancers: It’s just so dull. I’m sure the guys playing are having an absolute fucking blast. But this music feels like a relic of another world. A dead world. A world which found newer, better forms of music and passed the fuck on leaving all this muck in the past where it belongs. There’s a wailing bit. There’s a faster bit which also wails and depresses. There’s a slow bit which is worse, and which wails and moans. There’s some amusement to be found near the end where some of the horns sound like a monster trying to speak.

What Did I Think: It’s never good when I feel like I need a lie down after a single track. There’s four of those tracks here, and one of them is almost 20 minutes long. There’s barely a note of difference between any of them. Regardless of the inspiration behind it all and how capable the musicians actually are, it’s so empty. There’s nothing interesting, there’s not a melody to be found, and each track is as haphazard and soulless as a talentless jam session. It’s music with absolutely nothing to say and in terms of my personal enjoyment as a listener who admittedly places melody and emotion above all other things, it was a slog to get through once, never mind multiple additional times as I hoped for a revelation. If Jazz is only for cultured types, then oil me up and call me a Love Island watching, chip eating lounge lizard.

Does It Deserve Its Place In The Top 1000 Albums Of All Time: Are you insane? It didn’t even deserve to be recorded in the first place. If there was ever an album which did not deserve to be on this list, it’s this one. An abject horror show.

Well, that’s another jazz masterpiece checked off the list and I’ve already forgotten what any of it sounds like beyond the after-trace revulsion I continue to feel whenever I hear a brief snippet of trumpet coming across the airwaves once upon a night sky. I read some of the bewildering five star reviews of the album and can only conclude that everyone is insane apart from me – and I’m this craziest kid this side of camel town.