It’s a two horse race this year. Richard Attenborough got a well deserved win for Gandhi, bringing everything the Academy loves – a famous biographical character, an epic David Lean scale, stirring performances, and visuals for days. Attenborough commands the scope and it’s hard to vote against him here. Peterson is great, but this wasn’t a 1982 movie so he’s immediately out of contention. Steven Spielberg made perhaps the 80s movie in ET and at the same time it’s maybe this movie and his directing which nails the Spielberg feel. Plus it’s all wrapped up in a heart-warming eternal story, complete with some of the most famous images in Cinema. It’s between those two.

Lumet (The Verdict) and Pollack (Tootsie) perhaps have less of an authoritative stamp on the two movies – good movies, but when weighing up what a Director brings to a movie it’s clear they’re not going to win versus Spielberg or Attenborough. You can’t go wrong with either pick, but for me I think Attenborough takes it. Ask me again tomorrow and I may change my mind. 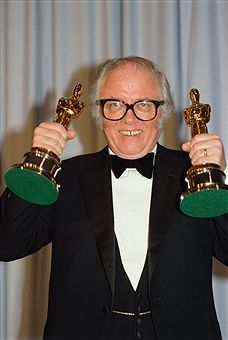 The two main picks cross over to my Nominations, joining at least one glaring omission and a few cult picks. While Alien picked up a single Oscar and put Scott on the radar, and while Blade Runner received two nominations, it’s a bit of a mystery that Scott was not nominated here. It’s the single most visionary movie of the year and Scott’s stamp of authority is all over the movie. The movie was misunderstood and not the greatest success, but you have to have Scott taking over a spot from Lumet or Pollack here.

I add Barry Levinson for his debut Diner, a movie which doesn’t look like it does much on the surface but has so much heart and humour bubbling underneath – it takes a director who understands the material and the relationships to make a film like this work, to make it authentic. In some ways it’s not an obvious pick in this category, but from another angle it seems like something the Academy would choose.

Alan Parker gets immense credit for bringing The Wall to the big screen – it doesn’t always work as a film, as a story, but Parker is all in with the tone and the visuals and the pain. Finally, The Thing may be Carpenter’s best achievement and his greatest accomplishment as a director. It’s a superb, stylized, cold exercise in taut tension. I’d love to pick Carpenter here, because I don’t know if he will have another opportunity to win. But….