One of the least likely categories on the surface given that most people today will likely only recognise one of the names, and likely for his TV work. Look closer and we have a grand total of three veteran nods, a courtesy nomination for Lithgow, and the first time an African American won in this category. Gossett Jr is a good shout for the win – he’s the best part of An Officer And A Gentleman and owns every scene he’s in. John Lithgow plays a transgender ex football player who is befriended by Garp… it’s a good performance, Lithgow has certainly been better but it’s nice to see him getting a nomination, but it’s not the most agreeable movie – one wonders how a John Waters would have handled such material.

James Mason is never less than awesome in anything he does – his sneering charm exemplified in The Verdict as the conniving lawyer opposing Paul Newman while Robert Preston gets another chance to smile, sing, and dance in Victor/Victoria. Finally, Charles Durning chews it up as the lilly-livered Governor in The Best Little Whorehouse In Texas. He’s good, not sure he needs to be in the category and it feels like covering all of their ‘must have nominations for any and all musicals’ bases. Interestingly, both Durning and Lithgow would get nominations next year too.

Incidentally, what was going on in 1982 in terms of trans-rights and discussion? We have Lithgow here, we have Victor/Victoria, we have Tootsie, we have The Year Of Living Dangerously – all films with men playing or dressing up as women, women playing men – has this happened before? 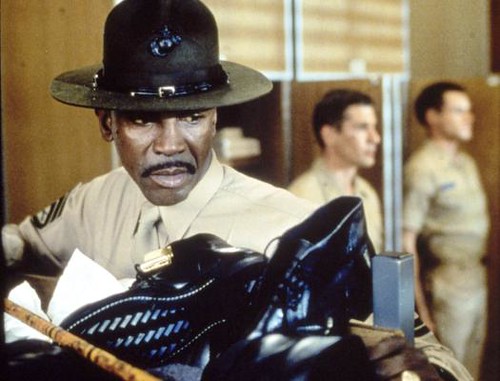 Two are joined by three, although most will likely dismiss two of my additions. It’s probably bad form to nominate the same actor for playing the same character by the point we reach their third appearance, but Meredith is so good here as Mickey – a more subtle performance, less thunder, more fragile. James Earl Jones… lets all agree he is one of many elements which elevates Conan The Barbarian to a higher status than most would say a film called Conan The Barbarian deserves. He treats the dialogue like his own personal play-thing and while many would ham it up, his take on Thulsa Doom is gripping, chilling, and his delivery and charisma is such that you believe he could lure impressionable youths to their deaths with just a word and a nod. Finally, our winner. Rutger Hauer was a revelation to audiences in Blade Runner. Few knew he was already an established European powerhouse, but his portrayal of Roy Batty is one of the all time great Sci-Fi performances – threatening, soulful, unhinged, wise.