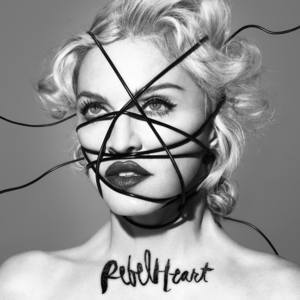 Greetings, Glancers! Wellity well, we’ve almost caught up with Madonna’s output. I know I’m slow at getting these things out (for anyone who even still reads them) but there’s only a couple of albums to go. And give me a break, I’m also doing Jovi, Adams, Roxette, The Stones, The Beach Boys, and of course my Top 1000, Non-Beatles, and 1966 series. A more diligent blogger would of course just pick one artist and pump out posts about their work over a few week period before moving on to the next thing. But I can’t focus on one thing for too long. And as I say, no-one even reads these things anyway and they’re not exactly the most exciting reading given that they’re unimaginative reactions as I listen for the first time. A smart blogger would of course switch to YouTube and make gargantuan gasps and wide-eyed stares at the camera in faux shock as if I’ve just stumbled upon a kitten in a waistcoat shaving a cow with a cigar. My hope is that people simply Google Madonna (or whoever) one day and stumble upon my posts, and read through them all in a single sitting, tutting at how I’ve misunderstood their favourite song. In any case, you’re stuck with me.

So, Rebel Heart. I know two of these songs – one I’ve only heard once and don’t really remember, while the other was an instant hit for me and has become one of my favourite Madonna songs. Beyond those, I don’t know much about the album. It’s another which seems packed to the gills with collaborations, something I generally don’t approve of and something which tends to show an artist is creatively flailing around, hoping someone else will save them from mediocrity or pull them back up from their mire. I’m hoping that’s not the case here, but given the (lack of) talent Madonna has aligned herself with on this record, I’m not holding out for greatness.

Living For Love: A blippy bloppy warbling beat emerges. Then deep Madonna vocals. Melody – fair enough. Then a beat. Then piano and a different melody. Am I getting some sort of Gospel feel from the melody? Then the beat returns. Then the song does that horrible chorus fake out thing that every was doing a couple of years ago. Maybe they’re still doing now, I don’t know. It’s well produced and it doesn’t follow a simple set pattern. At least the chorus drop isn’t as bad as most. There are a few other voices in the chorus, it does seem to be going for a Gospel approach. There’s too much space between the different vocals, space which could have been packed with additional voices for ore impact. Then it ends abruptly. It’s a decent opener, not horrible, not overly memorable.

Devil Pray: An acoustic guitar opener, with an almost Latin tone. Then weak ass hand clap beats screw up a perfectly good vocal. I will never understand why artists choose that sound for their beat. The lyrics aren’t great from what I’m picking up on the surface. Decent pre-chorus, but again the chorus drops instead of peaks. It’s frustrating as the song is fine – it’s not extraordinary – it’s a B grade song which falls to C because of those stylistic choices which are clearly made for modern sensibilities and not me. Her vocals are patchy in places too. It stretches out for another minute, presumably for dancefloor purposes, adding lots of beeps and sounds which don’t do anything.

Ghosttown: Is the one I mentioned at the top that I loved. It’s A Tier Madonna. It’s a great song all round, even if I’m not in favour of all the musical and production choices. However, you could record this a hundred different ways as long as you keep the central melody, and you’d have a great song each time. It’s a perfect pop song, something Madonna knows a little something about, plus it has plenty of emotion ensuring it makes it up to the next level up the ladder.

Unapologetic Bitch: Although the sound isn’t my go to, this starts well but then drops into a slower Reggae style thwomp. I would have preferred keeping the pace and intent of the intro. It reminds me too somewhat of The Delays. The lyrics are quite sweary which is unusual for her – it’s your standard woman scorned stuff and that sort of lyric only works for me if it goes deeply personal, like Alanis. Credit for the little rap portions (getting Chas and Dave vibes from those – rabbit rabbit rabbit) and for how the rhythm of ‘unapologetic bitch’ works. The chorus gets nuzzled into your brain.

Illuminati: It’s not the first time Madonna has done some rapid fire name-checking. Not names I give a shit about, but she’s gonna do what she’s gonna do. This is quite experimental for her – the verse doesn’t have anything obvious to grab hold of, then the chorus becomes quite sweet. At least it’s interesting, which is more than can be said for most pop stars of her, or any generation at the moment. There’s a John Carpenter synth vibe here and there. Once again, credit for trying something different, but I can’t say it all works for me. I don’t dislike it by any means.

Bitch I’m Madonna: This is the other one I’d heard. Some of the melodies are fine but the lyrics are abhorrent and the production is all over the place hitting all the black boxes of modern pop I can’t abide – silly sounds? Check. Dropping the momentum at the chorus? Check. Random newb warbling in the background? Check. Wafer beats? Check. Self interest? Check. Emotionless? Check. Catchy? Kind of, I guess. Bland and repetitive? For the most part, yeah.

Hold Tight: This seems much better. A more classic sound and vocal while still adhering to modern norms. It’s a simple approach this time, and a simple melody to go with it. The beats and production isn’t what I would choose again, pandering too much to today’s sound and quirks which will likely date the thing in a few more years. I would have gone all in on the backing vocals on this one to give a booming transcendent feel. It’s almost one of her better songs, but still good.

Joan Of Arc: A pondering guitar intro gives way to a lovely vocal and melody. It’s instantly more touching and honest. I feel like this is already going on the playlist. The drum beats could have been toughened up and rounded out, but that’s a minor issue. I think this will grow on me over time and it’s another example of a Madonna song which would work in any generation, with any production as long as the melody and purity is kept intact.

Iconic: With a name like that, this could go well or very badly. We’ll see. Oh balls, this is another .feat thing. This time it .feats a rapist, so that’s something. Verse is right up the middle, the little hey-yays are bordering on annoying. Decent pre-chorus. Of course the chorus loses the momentum and does that thing I won’t shut up about. At least there’s some sort of Halloween tone to that chorus. Some day in the future, someone’s going to re-do all the songs from the 2010s, but fix the chorus so that it doesn’t do the beat drop thing, and on that day every single one of those songs will take 10 large steps upwards in quality. Some bloke I’ve never heard of raps in the middle of everything else going on. It’s not very bad, but it’s a long way from good.

Heartbreakcity: Thankfully this one feels more streamlined – a lone piano line without tweaking. A neat military parade beat drops and the chorus builds and feels similar to Ghosttown. It’s another spiffing melody at times, but it doesn’t quite sustain that quality over the whole running time.

Body Shop: This is, what? Eastern folk inspired, with a child-like nursery rhyme quality? There’s some sort of tribal trance rhythm. In other words, she’s playing with conventions again. I can’t quite pick up many of the lyrics or what it’s all about during first listen. I don’t like the little ‘yeah’ shouts in the background, but then I never do. Without those I’d be willing to listen to this more. It’s a curio which is almost ruined by those repeated ‘yeah’s as they increase in frequency towards the end to the point that I had to stop the song early.

Holy Water: A more dance influenced, near rap from Madonna. It has some sex noises in the chorus. I could do with some more bass in the verse – something really dirty would have made it grind in a more sweaty, sexy way. At least the chorus doesn’t collapse like so many of the others. It’s nice that she’s still singing about her vagina. And that she’s referencing and sampling herself. An interesting one for sure, but I’m not sure there’s enough melodic quality for me to listen to it again.

Inside Out: There’s a dirtier fuzzier bass which should have been in the previous song. This is a stronger second half than the first. The verse is solid enough, then the chorus goes all Sia. That’s always a good thing. It’s not top tier Sia, or top tier Madonna, but definitely good enough that I’ll happily hear it again.

Wash All Over Me: Sole piano keys open and traverse the verse and a fair melody spreads itself out. The chorus is better, but it’s lacking something – a key change, another push? I don’t know, I just feel a tiny sense of frustration that it doesn’t go the way I wanted it to. It’s a good song to end the album with – a B song which doesn’t unleash the sadness or hope or whatever extra emotional push it is I was hoping for to shunt it into A.

So… it’s another good album. Solid. There aren’t as many true stand out tracks which I see making my long term playlist, but there is a long list of songs which just miss out and a short list consisting of average or crap. It once again confirms that when Madonna keeps things simple and builds a song around a melody rather than an idea or trend, that’s when she’s at her best; that’s when she still makes great pop songs. The worst moments are when she goes too experimental to the point that the song stops being a song, or when she copies what others are doing (chorus drop). There are some annoying quirks – backing shouts and vocals being the main offender, but when the song is good I can mostly overlook those. We’re almost caught up with Madonna now and I must admit that I didn’t expect to enjoy her post Ray Of Light stuff as much as I have. Sure there has been some crap, but there have been plenty of songs added to my playlist – and a few of those are from this album.

Let us know in the comments what you think of Rebel Heart!