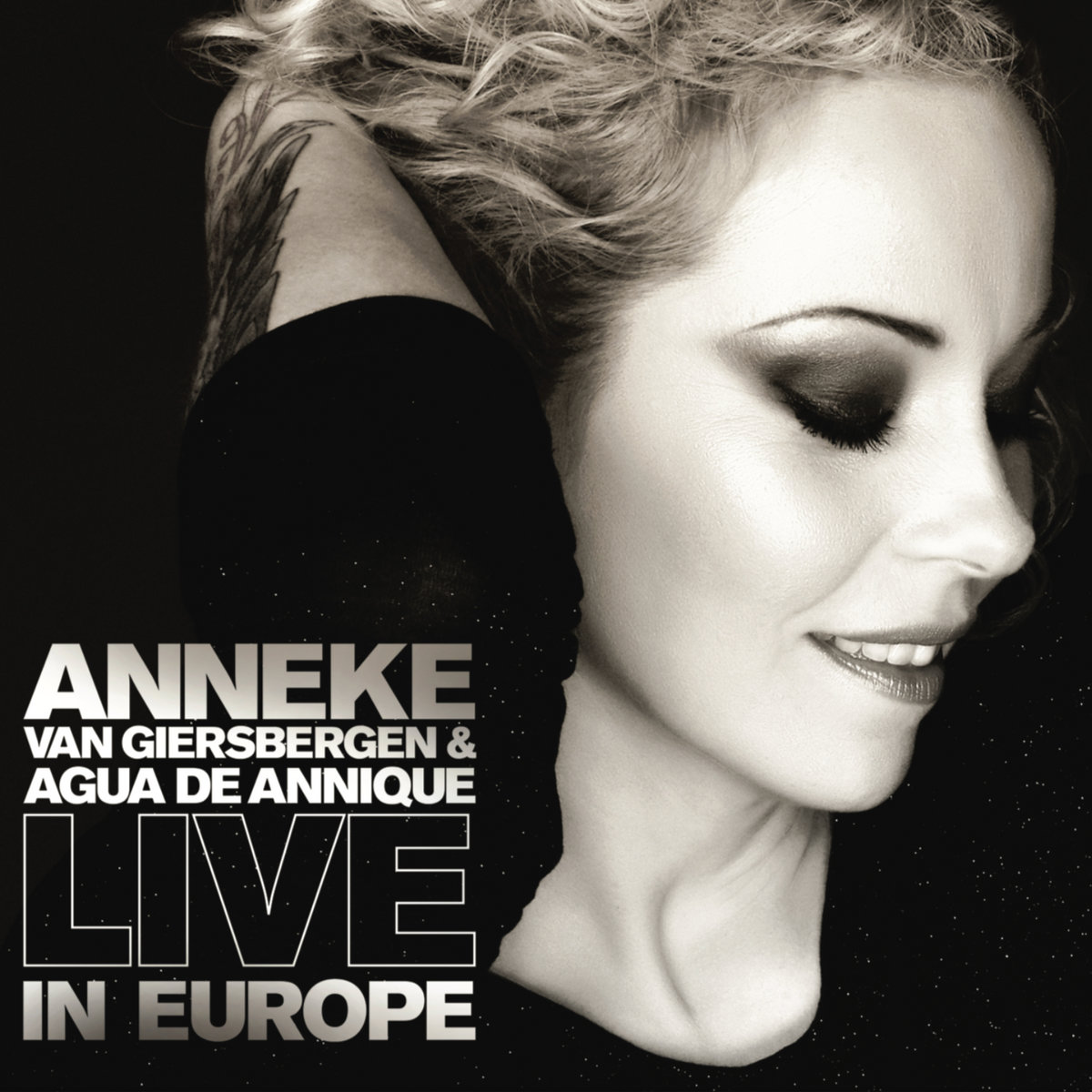 Although Anneke had released a live album the previous year with Danny Cavanagh, this is her first solo live release. An accomplished live performer whose energy, passion, and voice is as strong on stage as in the studio, this was undoubtedly an album to look forward to for fans when it was announced. The main issues to overcome with these sorts of albums are whether the songs selected will please as many fans as possible, whether the songs selected transfer well to a live performance, and whether it feels like a cheap cash-in or a genuine, love-filled release.

‘Intro’ is a mixture of applause and guitar noise from The World alongside other assorted backing sounds, building up the crowd nicely.

‘The World’ opens the gig, an opener that I’m not 100% convinced by – it has a nice build up, but isn’t an immediate crowd pleaser or one which will whip the audience into a frenzy. There are a number of other tracks in the Anneke canon, even on In Your Room which I feel would work better as an opening track to a live show, but regardless it is performed well, has an edge, and gets things going.

‘My Girl’ comes in straight after the first track with no time for catching you breath in between. The focus seems to be on the heavier side of Anneke’s tracks so far, with the distorted guitars giving this one a bit more bite than the studio release. Anneke enjoys herself here, in particular belting out the ending ‘ooh-ahhs’.

‘Who I Am’ is, as Anneke explains, a song written with Mr. Devin Townsend – a figure Anneke continues to partner with fruitfully. This is a fun song, with bouncing rhythms, catchy verses, and eventually a fantastic chorus which lets the vocals soar. A highly enjoyable song which I’d love to see get a studio release.

‘Day After Yesterday’ is one of my least favourite Anneke songs, and even though it is played and performed well here, I don’t think it translates well to the live setting, at least not how it is arranged here. Perhaps an even slower, colder, ghostly version, with a backing choir would convince me otherwise.

‘Hey Okay’ on the other hand is one of my favourite Anneke tracks, although it sounds a little flat here, not really picking up until the guitar solo comes in. Anneke sounds a little breathless singing here, and I’ve heard better live versions on YouTube.

‘Fury’ is my highlight of the album, an awesome, up tempo rock song with nice guitar work and excellent vocals. It’s another that I’d love to see a studio release for, thanks to its brilliant chorus and impactful verses.

‘Beautiful One’ is another strong track (and a better opener in my opinion) which is given new life in the new setting. The song lends itself to a variety of potential arrangements, here going for a much more bombastic chorus with crashing guitar work and angelic vocals.

‘Adore’ again is one of my favourites, and it’s great to see it here as live shows and special re-recorded albums never feature my favourite tracks. This one I imagine isn’t the easiest to sing with its diving and rising melodies, but Anneke does a stellar job on it. It isn’t too different from the studio version, a few less instruments and less complex, but a few added vocal flourishes.

‘I Want’ also translates well to the live arena, with bouncing rhythms which threaten the crowd into jumping along. Another fun song, there isn’t anything complicated here, or much I can say to criticize it.

‘Laugh It Out’ is an interesting one in that it never stays in my memory long, but I always enjoy it thoroughly when I hear it, having forgotten all about its existence. More great verse and chorus work, another one with a fast pace, this one sees Anneke shouting goodnight to the crowd towards the end – another one which it would be nice to see a studio version of.

‘Witnesses’ seems on paper live a totally bizarre choice for a live release, but it surprisingly works well. It’s a raucous recording, I enjoy her pronunciation of ‘universe’ and it has an extended, bruising ending.

‘Shrink’, while obviously being the closer to Nighttime Birds seems like an odd choice of song to close this album with, given that the rest of the songs were on the heavier, louder, more distorted side. It’s a little jarring for this to be thrown in at the end, being such a soft, slow song. And although the rest of the band come in and try to do something a little different with it, those changes don’t always work, and within the context of the album, they don’t save it from being a strange closing track. I’ve never heard a legitimate heavy version of the track, maybe they should have went all out and done a full on rawk version, although that could have been a failure.

An essential release for Anneke fans, albeit let down by a short running time, the absence of some great songs (subjective of course), and a fairly average recording quality – there is a lot of  hissing and extra distortion in the background, the vocal mic seems much too loud and at times the volume isn’t consistent. That being said though, these are mostly minor complaints – what we do have is a great bunch of songs performed with relish, a few nice exclusives, and another worthy purchase. There isn’t a lot of audience interaction, and I don’t hear much noise coming from the crowd between tracks, though again that would be subjective and something I enjoy hearing on Live records that others may hate. Hopefully we’ll get a much fuller live release in the future, one with a stronger production, and hopefully an accompanying DVD!