Official Nominations: Moscow Does Not Believe In Tears. Confidence. Kagemusha. The Last Metro. The Nest.

Official Winner Moscow Does Not Believe In Tears also holds the title for most cliche Russian movie title ever. It’s also very Russian in its style and form – not impenetrable for other viewers but not 100% coherent. It feels to me like an overly long drama, centering on the lives of three women who want to succeed in Moscow. The film’s second half focuses on the later life of one of the women, but there’s nothing out of the ordinary here. Istvan Szabo’s Confidence is a gripping POW film while Kagemusha is one of Kurosawa’s later return to form movies. It’s about two brothers, ostensibly the rulers of a clan in trouble, who find a lowly thief who looks exactly like one of the brothers. They decide he could be a useful political decoy and lo and behold the brother is killed so the decoy takes over. There’s a lot of political intrigue and a multitude of characters and battles, but it’s all about the look – the way Kurosawa composes every shot in gorgeous colour.

The Last Metro is Truffaut again, his final film of any great success. Catherine Deneuve and Heinz Bennent star as a husband and wife who own and work in a small Parisian theatre during the Occupation in WWII. Deneuve must hide her husband while keeping the theatre running, avoiding Nazis, and dealing with the attentions of Gerard Depardieu. It flaunt’s several of Truffaut’s favoured styles and themes and may be a shade too long, but is otherwise great. The Nest makes for interesting and uncomfortable viewing, kind of like a reverse Lolita in which a lonely old widower and a lonely young teenage girl begin a relationship which becomes increasingly intense, the ‘twist’ being that the girl acts like the adult or force and the man becomes childlike and subservient. It’s good, but likely a hard sell for most. 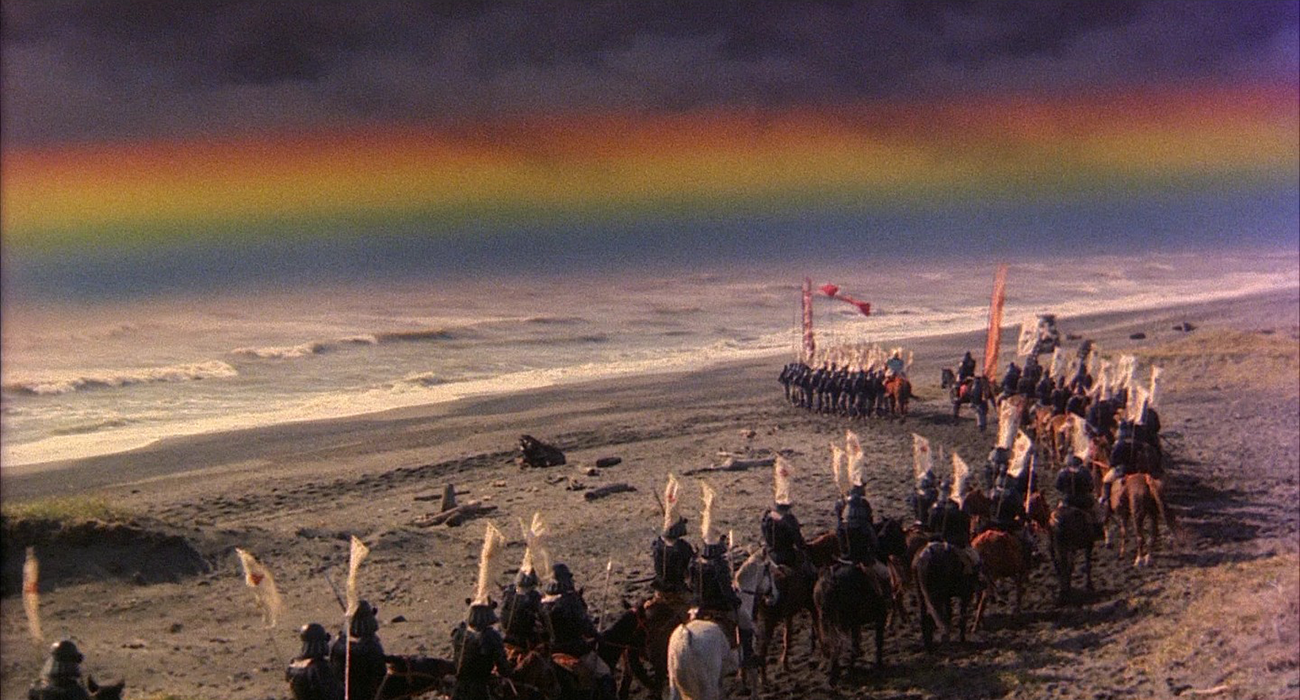 My Nominations: Kagemusha. The Last Metro. Cannibal Holocaust. The Changeling. City Of Women. Death Watch. The Gods Must Be Crazy. Inferno. The Long Good Friday. Out Of The Blue.

An abundance of foreign treats for a new decade, ranging in quality admittedly – some of these I’m adding more by their reputation or influence, others in the hope that others will go watch them. Nevertheless, they’re all good. Starting with The Changeling – it’s a film I came late to in horror though its one most in the genre have a lot of fondness for. It has a great look, a few chills, and a good lead performance by Scott – there are better films on the list though. Staying in Canada, we have the cult Dennis Hopper movie Out Of The Blue. It has two strong leads in Hopper and Linda Manz as a father and daughter – she is a precocious punk wannabe while he is a con stuck in prison as she runs wild – it’s gritty and rough and hard and interesting for punk fans.

Back to horror, and you can’t talk about the Foreign Films of 1980 without mentioning Cannibal Holocaust – possibly still the most notorious video nasty of all time. I can’t go so far as calling it tame by today’s standards as it remains one of those films that will leave an impression on anyone who watches – you may feel as if a little piece of yourself has been stolen, or you may feel as if your eyes have been opened to new cinematic possibilities. It’s gruesome, it has plenty of shocking moments and violence, and of course the real animal cruelty is enough to put anyone off – most viewers may want to watch the version which cuts that stuff out. Having said that, it has a gorgeous score, it’s well directed, and it’s incredibly influential. It’s gruelling in the same way as Texas Chainsaw Massacre is and speaks to the primitive and progressive in us all. Dario Argento provides a somewhat classier Italian horror offering with Inferno. As is generally the case with Argento movies, the story can be muddled and takes a back seat to the visuals. While not as immediately captivating as Suspiria there are sets dressed up in such grim lighting that individual moments will leave a lasting impact – whether it’s the haunting stare of a woman, or the sight of rats swarming a man.

Moving to Sci Fi – Death Watch from France features an appealing Western cast to suck in a wider audience – Harry Dean Stanton, Romy Schneider, Harvey Keitel, Max Von Sydow – and it is based on the British sci-fi classic The Unsleeping Eye. Set in a world where death by sickness or disease has essentially been wiped out, a woman named Katherine learns she has an incurable disease and becomes an overnight celebrity sensation. In a move which, I’m fairly certain has already been seen today, a TV company offers her a tonne of money if they can make a reality show out of her final days. It’s a little overlong and somewhat dated in look and tone now, but the cast and core conceit keep it relevant and watchable today. City Of Women takes a light approach to its alternate reality – a world where a womanizer finds himself trapped by a range of angry women. Once again this would be a great film to see realized in modern form today, but it’s doubtful we’d see a version as witty and provocative and certainly not as fantastical as Fellini’s version, and any version would be subjected to savage criticism by all sides.

It’s difficult to find anyone who has seen or heard of The Gods Must Be Crazy, but the South African film was a ridiculous success becoming a worldwide hit falling slightly behind The Empire Strikes Back. It’s an incredibly short-sighted movie in terms of racial and cultural issues, even for 1980, but alongside other riotous comedies of the period it fares very well. The Long Good Friday takes another cultural minefield – 1980s Northern Ireland and its relationship to the British gangster scene – and fares much better by taking the view that you’re probably going to get all sorts of fucked up if you become embroiled with any of the groups involved. It’s a taut, non-patronizing thriller which doesn’t need to be overtly stylish to entrap its viewer.