This should be easy. Forget all of the nonsense about what The Academy wants to vote for, forget all of the nonsense about campaigning and politics and how simple it is to predict what will win based on the rest of Awards Season – all you should focus on is what deserves to win. Naturally that’s about as subjective as things come, which is why I’m a fan of Awards like this either being based on concrete metrics and data, or being made retroactively. I’d be much happier if The Oscars took place at a 2-3 years distance from release date as by that time you would see some of the influence and staying power of a particular film coming through.

Remember The Nightman Scoring System? If you don’t, click that link. That is roughly how films should be evaluated and scored. It’s a little simplistic but you can play around with the categories and make it fit. The system works. If you put these five films through that System, looking at how much money a movie made, looking at performance, directing, music, everything else – I’m fairly certain one movie would be the clear winner. Raging Bull is your clear winner for this year. An artistic, cinematic, and personal achievement, one which changed how we expect actors to perform, and one which acts as straightforward entertainment while not cheapening itself for mass consumption. It’s one of the best movies of the decade, and one of the best movies ever made.

Your second place choice is something you could make most of the same arguments for – The Elephant Man is also a stunning achievement but perhaps less accessible than Raging Bull if only for its subject matter. It’s a shame these came out in the same year – put The Elephant Man out in 1981 and that’s your winner. It’s about as accessible and mainstream as David Lynch gets. We’re left with the also rans. Tess is mainly here on the strength of Polanski’s other work – good film, just not Best Of The Year good. The Coal Miner’s Daughter is Oscar-bait – biography, musical, American Dream stuff. Similar almost to The Elephant Man and Raging Bull except those both upend the fist-pumping American Dream story and format. Again, good film, great lead performance – not year best worthy.

Which leads us to one of the divisive wins in Oscars history – Ordinary People. It’s not exactly spoken in the same breath as Raging Bull these days, but when it is it’s along the lines of ‘how the hell did this beat Raging Bull’. There’s one simple reason, and that reason is that The Academy loves Robert Redford. I’m not going to sit here and bad mouth the movie though – it’s a very good movie. Take Raging Bull and The Elephant Man out and this is your clear winner. It’s another incisive slice-down through, not the American Dream but the American Norm – an affluent family rocked and failing to cope with the death of a family member. It doesn’t need to be two hours long and while Redford’s first time directing is mature and assured, it doesn’t have the immediate or long-lasting impact of Lynch or Scorsese. 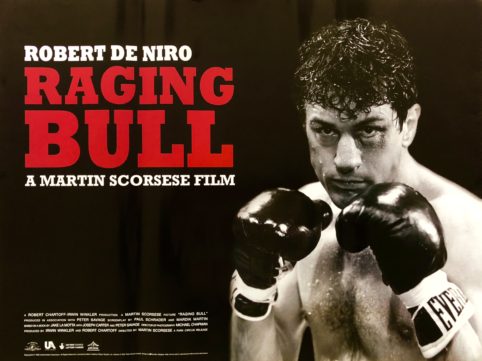 My Nominations: Raging Bull. The Elephant Man. The Empire Strikes Back. The Shining. The Blues Brothers. Cannibal Holocaust.

Only two of the true nominations make it over to my list, joining an all time infant terrible, an all time horror masterpiece, an all time cult classic, and one of the all time greats regardless of genre. Cannibal Holocaust – there’s no way anyone in their right mind would ever nominate this – it’s cheap, nasty, badly dubbed, and features real life animal cruelty and death. I am clearly not in my right mind, so it goes on the list. The film is unforgettable and parts of it will sneak up on you years later, like a trigger. How many films have had the impact this one had? Not only did it essentially create the Found Footage genre (regardless of whether you feel that’s a positive or negative, it remains a fact) but it also led to a genuine public outcry and Criminal Proceedings where the director had to prove he didn’t murder his cast. No other film on either list, or in 1980 can say the same.

The Blues Brothers is my idea of the perfect musical – the music is actually good, the musical interludes make sense, it doesn’t take itself seriously, plus it’s actually funny and mostly avoids any romance nonsense. Is it Best Of The Year quality…. probably not, but it has taken on that quality of transcending its release and remains a well loved cult favourite. If any Horror movie of the 1980s deserved Academy recognition it was surely The Shining. Frequently at or near the top of any serious list of the Best Horror Movies ever made, plus it was directed by Academy favourite Kubrick and starred Academy favourite Nicholson. This is maybe the glaring omission of the year – did we really need The Coal Miner’s daughter when we already had two better biopics this year? The Shining didn’t receive a single nomination, a travesty with hindsight and giving some weight to the argument that you need some time before trying to aware the best for something as subjective as film.

The final nomination from my side is what most people call ‘the best Star Wars movie’. I prefer Jedi, but I’m in the minority. It ups the ante from A New Hope, expanding the universe and the interweaving stories of each character, it blurs its own narrative constructs of morality and takes the tale far beyond the typical heroic journey, plus it has bad-ass action, a great soundtrack, and has arguably the most impressive and iconic visuals in the entire franchise. As Raging Bull already has my Official Win, I’m handing this one to Empire.

Let us know in the comments which movies you would nominate and what your winner would be!