Fame won the official award this year, but for me you think of the songs (or at least the title song) rather than the score. Deserves the nomination – not the win. Altered States getting nominated is pretty funny because… have you seen Altered States? It’s weird to me that such a weird and not remotely Hollywood film got nominated, but it’s wonderful that it did because it is a great score – horror movie strings and all manner of jump-scare sounds and offbeat rhythms. The Elephant Man is all carnival-esque rhythms and beats which recur over and over throughout the film reminding us of how most people feel towards Merrick even as his story progresses – the main theme for some reason always felt like a missing piece from The Godfather.

The Empire Strikes Back builds upon everything that made A New Hope so good and adds a number of pieces which have become just as memorable and powerful – The Imperial March in particular becoming synonymous with ‘evil’. The pieces we know from the original often take on darker hues as you would expect given the nature of the film. Finally, Tess… not one of my most favourite Polanski movies, but another with a good score. If it has strings, if it’s emotive, then it’s for me. 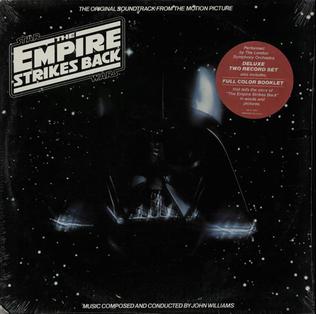 My Nominations: The Elephant Man. The Empire Strikes Back. The Blues Brothers. Cannibal Holocaust. Dressed To Kill. Flash Gordon. The Fog. Friday The 13th. Raging Bull. The Shining.

Only two make it to my list due to some other excellent scores this year. The Blues Brothers updates a number of Blues and rock standards while retaining their core power. It’s one of the only musicals I enjoy and definitely one of the few musical scores I can stand listening to. If Altered States is getting nominated, then there’s no way I’m not nominating Cannibal Holocaust. It’s a horrible, disgusting movie (I love it) but the soundtrack is downright beautiful – the choice of this wavering synth to play the main melody is perfect – beauty skewered. It’s weird because once you’ve seen the movie you can’t help but recall images from it when you hear the music, again making something so sweet leave the bitterest taste in your mouth. It’s a crime this wasn’t nominated with its outlandish disco beats and synthetic beeps and throbs merging with the more traditional strings wonderfully.

Keeping things Italian, Pino Donaggio follows in Riz Ortolani’s footsteps by creating another horror soundtrack which has a beauty all of its own, one which doesn’t (at least on the surface) seem to fit the film it was written for. Look deeper, like with Cannibal Holocaust, and it’s perfect. While Flash Gordon is mainly known for Flash’s Theme, the rest of the score by Queen helps to make a pretty bad film watchable beyond its camp value. Raging Bull’s score is a bit of a cheat nomination given that it’s a mixture of existing popular music from La Motta’s time, and other traditional classical pieces – but it’s the way they are mixed as a whole and how the score works alongside the dialogue and direction which earns its nomination.

Our final entries are all from horror films – if horror as a genre is (stupidly) usually passed over by the Academy for most categories, it should at the very least be a stalwart in this category. Out of my three picks, only The Shining stood any chance of officially being nominated – though its mixture of original and non-original pieces probably exlcudes it. No matter, it still works as an effectively creepy score, evoking birds eye views of cars travelling down winding rounds, empty ballrooms, long corridors, and little dead girls. Friday The 13th isn’t one of my favourite horror scores, but there’s no getting away from how famous parts of it have become, particularly the ‘ki ki ki, ma ma, ma’ and piercing strings of the main title. Finally, The Fog soundtrack is another winner by Carpenter – there haven’t been too many directors in the history of cinema who have also written the music for their own films, and none to the same level of success as Carpenter has. This one has all the creepy factors of his Halloween score, but it’s a little slower, more tense, more malevolent, but maybe lacking that all important widespread appeal motif. In any other year, this would be my winner…. in fact, Empire got my win from the officials so lets split the difference and give it to Carpenter.

My Winner: The Fog