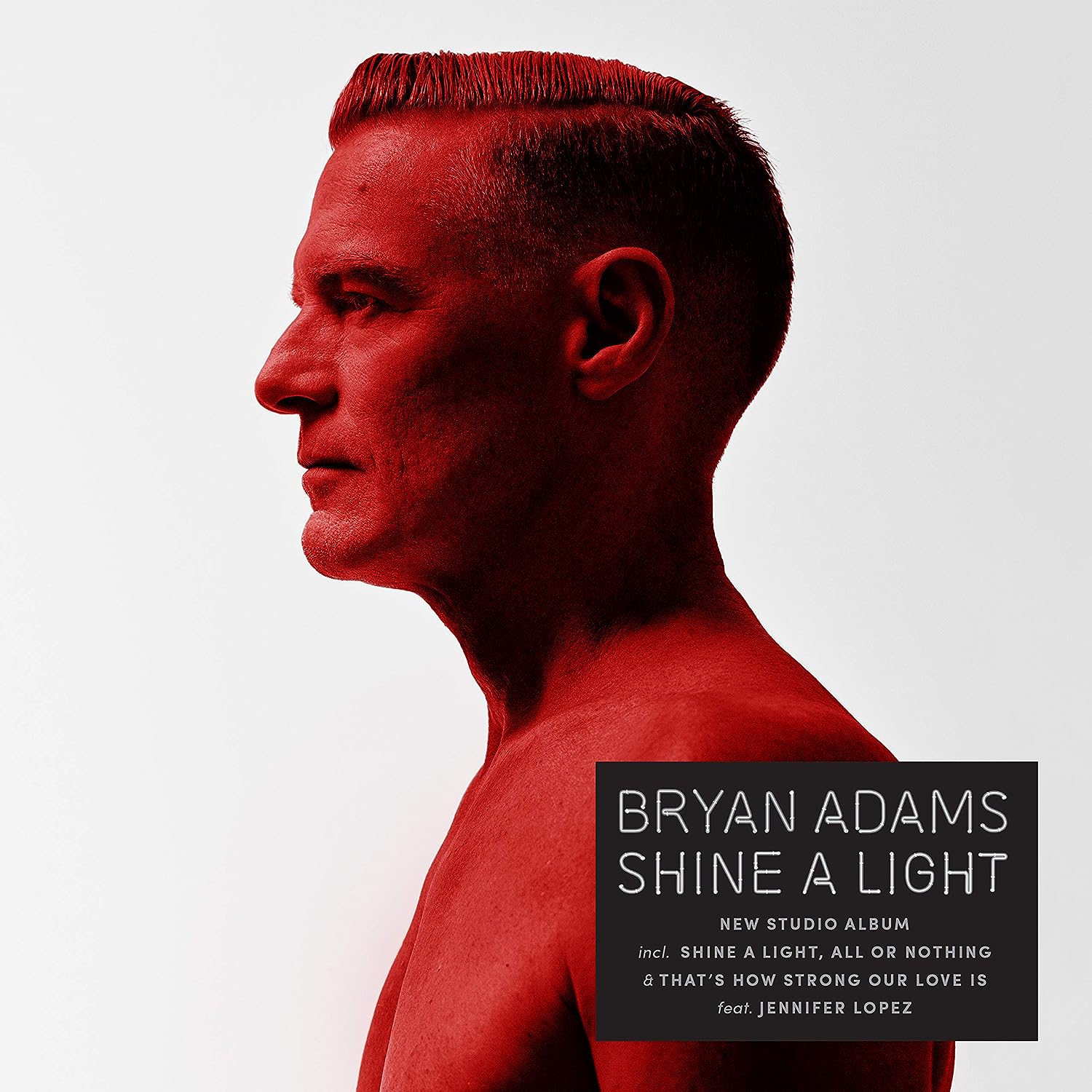 Just when I thought I was out, they pulled me back in. And by ‘they’, I mean Bryan Adams. Yes, even though I had finished my run through of every Bryan Adams album, he went and released another in 2019. According to the charts it has done okay so far, hitting Number 1 in Canada and Number 2 in the UK, no doubt helped by the fact that the title track was co-penned by everybody’s favourite talent-free flavour of the month Ed ‘I’m not Paulo Nutini’ Sheeran. I haven’t actually heard that song, or any others from the album, but it does close with a cover of Whiskey In The Jar so that’s one I’ll be sort of familiar with. Let’s do this.

Shine A Light: Immediately it has that Coldplay/Sheeran repetitive beat. The verse melodies are sweeter than most of what passed for melody on his last album, but the chorus is a mere extension of this with no great ideas. Adams voice – it still sounds like him but it feels somehow artificial. It’s too tame a single to make much impact, not bland or lovey-dovey or modern enough to appeal to the Sheeran crowd.

That’s How Strong Our Love Is: J-Lo’s involved in this? Never liked her as a singer, never much cared for her as a person, always thought she was an underrated actress. A guy I knew in school despised her and back then would have been a prime suspect if her house was ever egged. This feels like a 90s boy/girl band ballad complete with wafer beats. It’s a direct duet with drippy melodies, but with Lopez barely audible in the chorus. It’s boring, soulless stuff, though Lopez’s verse vocals and occasional yelps do add a sign of life.

Part Friday Night, Part Sunday Morning: A more driving traditional rock song, though light on the guitars at the outset. Adams does this drooling thing with the vocals during the verse, as if he’s slurring the words. Stronger lyrics than he’s done for a while and much better melodies. It’s not one of his best but in terms of his last handful of albums it’s one of the better songs.

Driving Under The Influence Of Love: Or, it’s hard to steer whilst receiving a BJ. This one starts like a shit-kicker, complete with beer drenched bar stool piano and crunchy guitars. Adams gives the vocals the old blues rock swagger and the lyrics are pretty funny. He’s clearly having a good time with this one and it’s one which will probably get the crowd grooving in the live shows – all the better if it’s played in a jukebox dive.

All Or Nothing: AC/DC? At least the album has picked up after a fairly bland start, the subsequent three tracks being much more what we expect from Adams, with the added plus of actually being decent. Again if we’re comparing with his best work this is a few rungs down the ladder but in terms of his recent stuff its much closer to the top. Better melodies, more feeling, and a genuinely catchy chorus.

No Time For Love: I couldn’t actually find a good version of this song to listen to – so your guess is as good as mine….

I Could Get Used To This: A decent riff given space to breathe, followed up with some catchy ‘woo ooh yeah yeah’ refrains – it looks like Adams and Vallance have remembered how to write something worthwhile. This one is very cyclical, a collection of verses revolving around the central riff and brought together by the ‘woos’ and harmonies. It’s very short though.

Talk To Me: Hmm, going for a Lennon Imagine feel with the beat, sound, and piano. It’s a straight to the point ballad. Guitars subtle in the background of the verses. It really does sound like Imagine. It’s more sleepy than that and not as exciting, the chorus not as strong as the verse.

The Last Night On Earth: Now he’s channeling The Strokes. Luckily, it’s good. The verse is anyway, the chorus is a step down even with the ‘wooo’ stuff. I wish he’d used real drums instead of that wafer crap. It’s fine, fun enough that existing fans should get a kick out of. The guitar lines are good, just the chorus didn’t go where I wanted it to.

Nobody’s Girl: A wispy intro explodes into life before a driving verse brings coherence. This time the verse and chorus are closer in quality, though I do still find the verse more potent. It’s a good foot-tapping Adams song, similar to what he was putting out in the second half of the 90s.

Don’t Look Back: An honest sentiment delivered with charm and simplicity. This is a good all-rounder with the melody, lyric, and emotion not peaking or dipping from start to finish.

Whiskey In The Jar: Lets hope it’s more like Metallica and not like the original. Well, it certainly ain’t Metallica – it’s more like an acoustic version of that or the Thin Lizzy take. Good vocals, though there’s some effect work going on which is either covering some cracks or making an ill-advised stylistic choice. That does mean the great guitar riff is replaced by some harmonica wailing. It’s decent, but you’re never going to pick it over Metallica.

Well, that was a significant step up from his last album. At least we can now confirm that he didn’t end his career on that dud. This does contain a number of good songs I wouldn’t mind hearing again, although I’m probably assigning more credit to them by virtue of them being better than the previous album’s songs. Still, no single song here is going to crack his best twenty or thirty songs but they do remind us that he can still write and rock this late in the game.

Nightman’s Playlist Picks: Nobody’s Girl. I Could Get Used To This. All Or Nothing. Driving Under The Influence Of Love. Part Friday Night, Part Sunday Morning. Don’t Look Back.