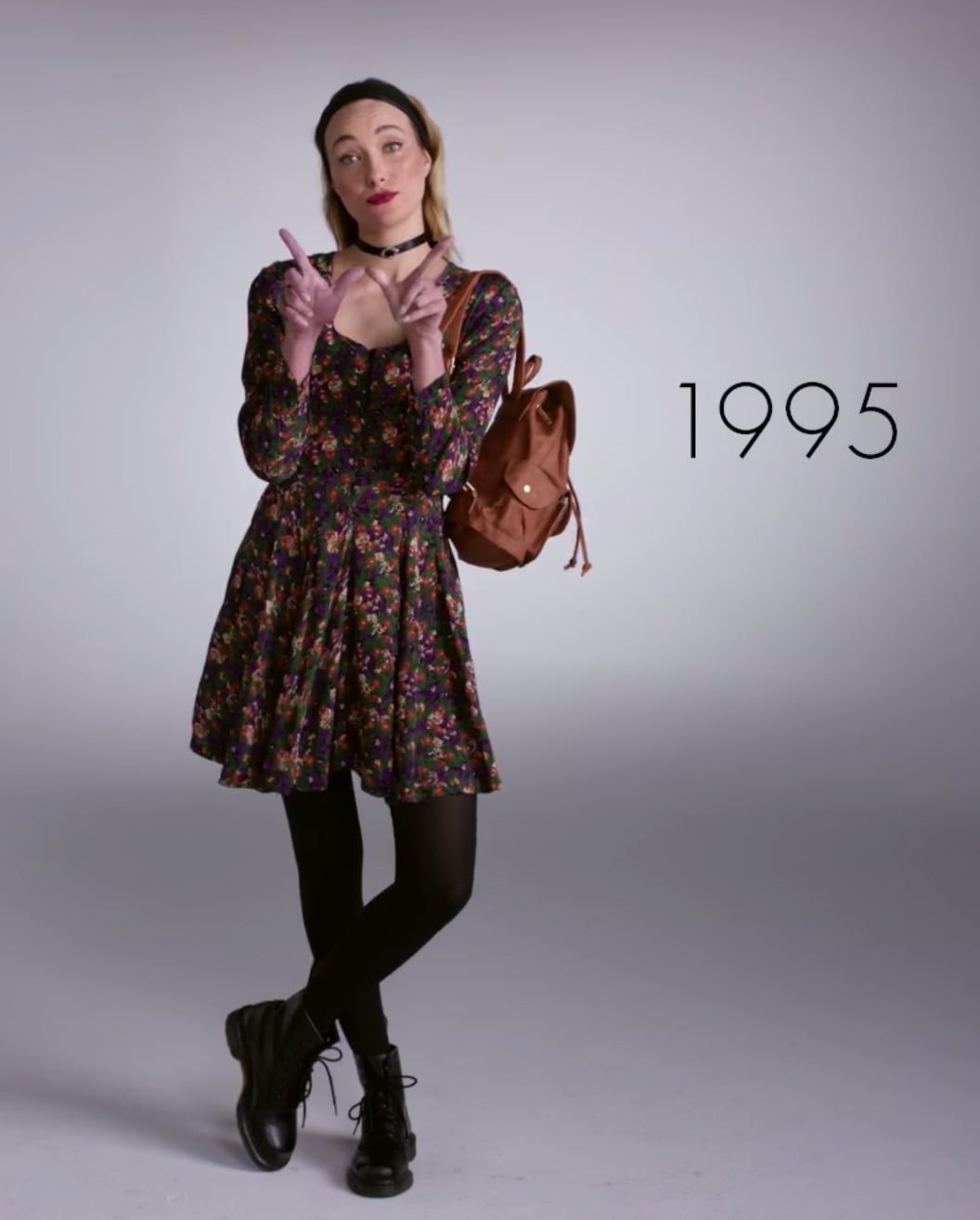 Greetings Glancers. So, 1995. In many ways it doesn’t sound or seem too far away when I say it out loud. I remember it like yesterday. Though when I take a closer look at those memories I remember that I was in fact a twelve year old kid trying to navigate a post Nirvana world. It’s over twenty five years ago, and that is truly depressing. With my rose tinted thingies on, I bet the world was a much better place then: The Great Hanshin Earthquake killed over 6000 people, the Sarin Gas Attacks occurred in Tokyo, Russian soldiers massacred civilians in Chechnya, some knob killed a bunch of people in the Oklahoma City bombing, 8000 Bosnians were killed in the Srebrenica Massacre, OJ Simpson got away with it, and… yeah things were pretty bad then too.

On the upside, the Internet was kicking into gear, Windows 95 became a thing, Toy Story came out, the first E3 was held, Chrono Trigger was released, the first Worms game dropped, Die Hard With A Vengeance was the biggest film of the year, while Braveheart won some Oscars. All good things I think you’ll agree. In the world of Music, Mr Richey Edwards left his Cavalier near the Severn Bridge and was never seen again, Radiohead released The Bends, Michael Jackson gave us his last great album with History, Robbie Williams quit Take That, and Britpop began to peak with the appearance of What’s The Story Morning Glory and The Great Escape. I’m hoping therefore that the charts actually contained one or two songs worth listening to. Then again, the Great British Public have always been idiots.

1: Coolio: Gangsta’s Paradise: Having looked down this list, I know all of them and most of them still seem to me to be ‘modern’. I know they’re not, but I guess it’s part of having lived through them. I mean, twenty four years before 1995 was 1971, and to me in 1995 anything from 1971 seemed ancient. Gangta’s Paradise is a song everyone still knows today – it was huge, and you  hear it nowadays, mostly in movies used to some sort of ironic effect. You know it – ‘As I walk through the valley of the shadow of death’ etc. It’s one of the best one-off rap hits of the decade. Check out Dangerous Minds too, the movie it was written for – that’s one of my favourites of the year too.

2: Meat Loaf: I’d Lie For You: The 90s return of Meat Loaf must rank among one of the strangest occurrences in music. As much as I like some of his stuff, him making it big (smash hit big) in the first instance is unusual, then to disappear for a decade, and then to return with another smash hit – weird. This isn’t as grandiose or successful as I Would Do Anything For Love but you’d probably remember it too.

3: Simply Red: Fairground: One of the songs I despised most during the 90s. I never thought Simply Red was anything more than something you would wipe off your shoe before setting fire to the wipe and the shoe, leaving the town where you made the flaming sacrifice, and then nuking the town. This is the worst thing they ever did and it was played constantly in 95 and 96. Thankfully, it’s gone now.

4: Def Leppard: When Love And Hate Collide: A rare case of one of the 80s pseudo-metal/rock bands having one last shot in the decade when the torch of truth was shone upon their irrelevance. You know what? I always liked this song. It doesn’t sound like Def Leppard. I know it’s a pissy little ballad that I should be making fun of, but you should know by now that I’ve always enjoyed power ballads, pissy or otherwise. It was the last thing of worth they ever did.

5: Roy Chubby Brown: Who The Fuck Is Alice: Smokie made this song in the mid-Seventies. British Stand Up Comedian and The League Of Gentlemen inspiration Roy Chubby Brown collaborated with them this year to release a more risque version, and the rest is history. You can’t hear the song now without singing ‘Alice? Alice! Who the fuck is Alice’. It’s like, the law.

6: Eternal: Power Of A Woman: Hearing this now, it sounds like a relic from the 80s. It just barely upgrades the dated 80s sound to the dated 90s sound. It’s not good, not on par with Eternal’s better known stuff. Not saying much as they were always an average group. There’s something wholesome and innocent about it compare with today’s attempts at pop stars defining their sexuality.

7: Shaggy: Boombastic: Ugh, this piece of shit. If Meat Loaf being successful, twice, was strange, Shaggy being anything more than a drunk beggar is a miracle. No, miracle is a positive word – what’s the negative version? Curse? That doesn’t seem right. Either way, nothing Shaggy has ever recorded has been less than repellent to me, like being chased down the road by someone with a sack full of aborted cows. Seriously, think of all the truly amazing artists out there who never got a chance. This wank is what we get instead. Go gargle some cyanide.

8: Everything But The Girl: Missing: I’ve had an up and down relationship with this one. On one hand, its watered down dance music with weak sounding production, released at a time when I stoutly refused to listen to anything dance related. On the other hand, in terms of mid-90s dance it’s one of the best. It doesn’t go all in on some throbbing bass beat, and while it still hits every single cliche in the dance rule book, it doesn’t make those as obvious as most. I think what I disliked most was the singer’s vapid, bovine stare.

9: Michael Jackson: You Are Not Alone: Likewise, I’ve been up and down on this. Sometimes the fragility of the vocals and melody seems honest and powerful, while at others I watch the video and am at once embarrassed and thinking ‘MJ WTF’. In terms of the many lyrics he’s written about the intrusion of media in his life and the difficulty of fame, it’s one of his most simple, clean, and understandable. Then, it’s not really about that – it’s just a simple love song about not being alone even though you may be far from the ones you love. The backing drum stuff is too weak. In the end though, no-one else sounds like MJ and you just don’t get this sort of dedication to melody in pop music anymore, which is the number one thing pop music should be about. That final ‘heart’ note tho.

10: Josh Wink: Higher State Of Consciousness: This is the only one of the list where I was wondering ‘is this that one with the thing, or am I thinking about something else’. It’s actually not the one I was thinking of – it’s worse. But I do remember this, vaguely. As with most dance tracks of the day, there are about 14 million versions of this – I’ve no idea which one is the original, but it makes no odds as each is as abhorrent and useless as the one before. It’s the sort of thing which takes zero talent to create and represents that peak turning point in the music business when anyone with access to knife, spoon, and microphone could create a hit record. All you have to to is whack the knife and spoon together a few times, edit it all together, feed it to pill heads and silly young white kids, and you can live off the proceeds for the next decade before you get a job as an Uber.

In summary, the above features a couple of passable ones, a couple of better ones, and the usual eclectic mix of abominations and mistakes. How about I have a go and let the universe see that our species was in fact capable of making worthwhile music in 1995? The below songs are a much better example of the sort of talent we should be celebrating and a stronger representation of the year:

See, I didn’t go with the sort of picks I usually do! There was a lot of great stuff this year, so much that I didn’t need to include Alice In Chains, Michael Jackson, Manics, Oasis, Opeth, Foo Fighters, RHCP or any of the other big acts who released classics this year. Let us know in the comments what songs of 1995 made and continue to make your ears whir!