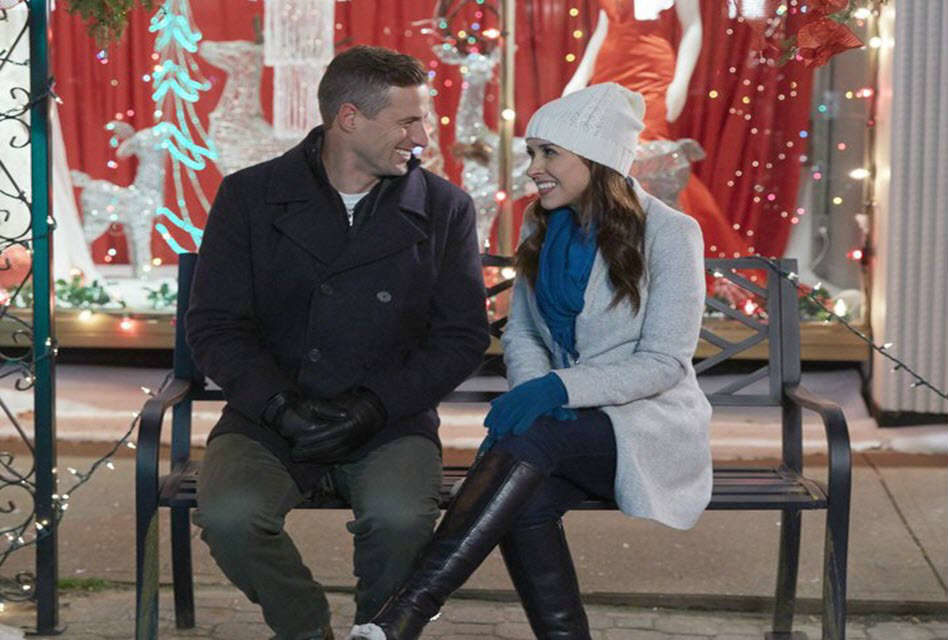 One thing my wife and I do every year at Christmas, is watch Lacey Chabert Christmas movies. I was a big Party Of Five fan growing up, and she was too, so we share a kind of Lacey appreciation which comes in handy at this time of the year. See, while I want to watch Die Hard or Rare Exports, she wants to watch some romantic muck I can’t abide. With me being a huge movie nerd and her…. not… we just fell into this tradition as something we can both agree upon to watch. We both know the movies are never going to be good but we can at least hope they are festive and happy and snowy and get us into the Christmas spirit. In 2020, we watched a few of these which we hadn’t seen before, starting with Pride, Prejudice, And Mistletoe.

The thing to be aware of with these movies – they’re all TV movies and are more often than not Hallmark productions. You know exactly what you’re going to get – rich white Americans with great careers, families, and friends suffer some sort of minor mishap at the end of the year, which ends up with them finding romance and living happily ever after. They’re not Cinema, so be prepared for simple plot, simple characters, not the greatest performances, and little interest given to music, direction, cinematography etc. I think Lacey is a fantastic actress who should be appearing in more mainstream and more significant works, but I completely respect the groove she is in – she’s found what she loves doing. That said, I wouldn’t be watching any of these movies if she wasn’t in them.

Lacey stars as Darcy (get it) Fitzwilliam, a rich white American with a great job, who has so far been unlucky in love. She has recently ended a relationship with a seemingly ideal man who works for her father’s Company – even though they fit from the outside, there’s that spark missing for Darcy. She heads home for Christmas to help her family who are running some sort of fundraiser for a local charity by selling fashionable Christmas trees (?), and they’re running the event out of their house (?). The only event I run from my house at Christmas is putting boards over the doors and windows so that no-one wants to visit.

Turns out the bloke who is catering the event is an old school rival of Darcy’s – a man called Luke Bennett (get it). They aren’t happy about having to work together at first, but it turns out they have more in common than they thought, and before long we’re treated to a steamy 14 minute nude scene which heavily features tinsel wrapping around things they weren’t supposed to. Possibly that last piece was in my imagination, but I’m almost positive it happens soon after the credits roll. In any case, you know they’re going to fall in love despite the measly obstacles in their way.

It’s not particularly festive even though it’s set at Christmas, but seeing the big houses and trees and scarves and snow and decorations and lights still puts a morsel of cheer in my heart. It’s not any better or worse than any of these types of movies and you probably won’t remember if you’ve seen it or not by the time Christmas rolls around again. There’s little or nothing to do with Jane Austin, most of the performances you won’t care about, but at least there is time spent on Luke as an individual with aspirations and a history when in most cases the love interest doesn’t get much consideration beyond looking pretty.

Let us know in the comments if you’ve seen this one!