In the late 70s, De Niro took over from Pacino in The Best Actor official category, here gaining his third nomination. It was Jon Voight though who picked up the win in a genuinely tough category. I think all five performances here are contenders, but I would have four front-runners including Voight as the severely injured soldier Coming Home. De Niro’s performance also sees him returning home from, going to, and being in Vietnam and I feel it’s the more iconic, more rounded of the two. Gary Busey hits the big time with his superb portrayal of Buddy Holly, one of the most underrated biography performances of all time, while Laurence Olivier gets a veteran nomination as a Nazi Hunter in The Boys From Brazil. Unlike most veteran nominations, this one is deserving on its own merits. Finally, Warren Beatty is the outsider and this feels more like a ‘we love you, Warren’ nomination than anything else. A good performance sure, but not on par with the others. 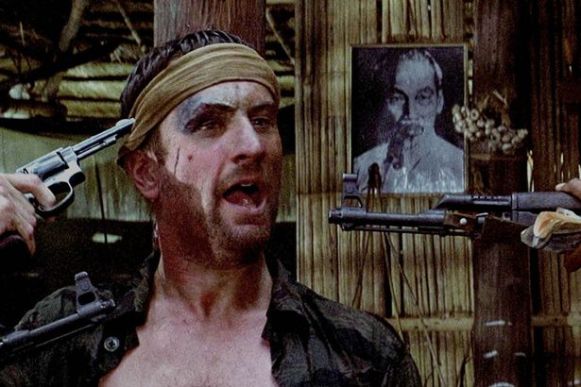 Three make it over from the official list, joining a mixture of possible snubs and personal favourites. Christopher Reeve burst onto the scene as the only Superman who will ever matter (sorry Dean Cain), a role so all-encompassing that he could never escape it. It’s a great lead performance surrounded by a stellar cast – his comedic talents giving Clark Kent that awkward, clumsy charm while easily transitioning into the all-powerful hero figure. Also kind of playing an awkward and heroic character is Donald Pleasence as Dr Loomis in Halloween, one of the great good guys of horror cinema. the sequels have a fair bit of scenery chewing, but here Pleasence looks like he’s relishing the performance and film, having fun as this slightly manic protector of a child who wsa pure evil. Is he truly a lead though? Tough, I’m adding him.

Jan Michael Vincent didn’t really stand a chance against De Niro and Voight, but his performance in Big Wednesday shares a lot of similarities and should have been a stepping off point to much bigger things. Unfortunately, things never quite panned out that way, perhaps some critical praise would have helped. Gregory Peck goes against type and plays one of the most despicable humans ever in The Boys From Brazil – proving that everyone’s favourite wholesome figure could be much more. Brad Davis could have become a household name if he had received more high profile praise for his star making turn in Midnight Express while John Belushi became an icon after Animal House. Finally, Ryan O’Neal stars as the titular Driver in Walter Hill’s action/chase classic. When people think of Ryan O’Neal they invariably go to Love Story or Paper Moon but for me it’s The Driver which features his best performance, much against type, as the cool and detached getaway driver whose apparently obvious desires are perhaps not so obvious upon reevaluation.

Let us know your picks in the comments!