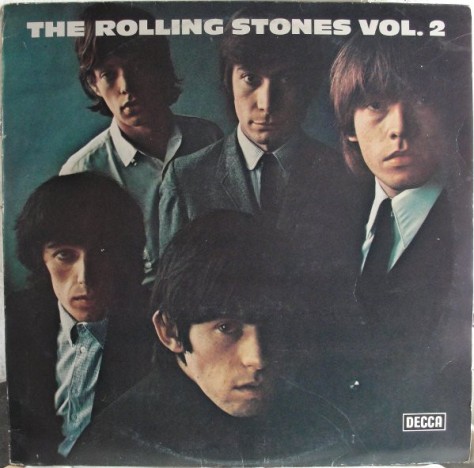 Greetings, Glancers! It’s time to dive down into some deep and dirty delta cuts and covers as we look at the second UK release by The Rolling Stones. Like the first album this is bolstered by a host of energetic covers of Blues and rock standards although this time we get multiple Jagger/Richards originals. I know a few of these songs and I know most of the covers, so this should be an easy enough ride. Lift-off!

Everybody Needs Somebody To Love: This is among my favourite Blues compositions, mainly down to its appearance in The Blues Brothers. It thumps along, Jagger gives his usual swagger to the opening spoken proceedings and his vocals rarely stray into what you would consider singing. It’s as good a cover of this one as you’re likely to hear. There’s no need it needs to go over four minutes, never mind five.

Down Home Girl: Not an original I’m overly familiar with. A mid-paced to slow Blues song about some dude’s obsession with some gal. A gal of a particular type from a particular place it seems. The lead riffs are catchy enough but I’ll have forgotten them by the end of the album. Some harmonica and piano thrown in there too – one to good effect, the other not so much.

You Can’t Catch Me: A speedy outing, as the name suggests. Another simplistic and formulaic structure, but the energy and cool carries it through. Jagger’s vocals are too monotone, not entirely his fault as the song doesn’t allow for much in the way of melody. Great solo and build to it though. This one is famous for The Beatles nicking some of the lyrics for Come Together.

Time Is On My Side: I can’t say for sure which version I heard first, but either way the first time I heard The Rolling Stone’s play this I assumed they’d written it. They didn’t. Aside from the chorus and main hook, the song is a grittier version of the original, with a little more hammer to the drums, more punch to the guitar, and an edge to the vocals.

What A Shame: This now is an original composition. It follows your standard Blues structure, timing, and lyrical content to the extent that this could have been written forty years earlier. Richards is playing a little in the studio, those string bends have a character, but elsewhere there’s little to suggest the band are anything more than talented cover artists and copycats. Still, it gets the foot tapping.

Grown Up Wrong: The second original composition has a touch more individuality, while still treading familiar Blues paths. I can’t go so far as saying there’s anything inherently British in the lyrics or approach but something makes it different. It’s a quickie too, and under a couple of minutes.

Down The Road Apiece: This is a full-blooded blues rocker which gives Jagger a chance to stretch his cords more than usual. Hearing a lot of these on their own is a more enjoyable experience for me than hearing them in a sequence. This is probably the most fun song so far and would get the most reaction from me if heard standalone. Still, aside from the energy, there isn’t a lot to recommend it above any other Blues rocker – it hits the same beats and notes as many others.

Under The Boardwalk: This is one everyone should know, in some form or other. Jagger manages well enough with the softer, higher patched vocals and the rest of the band add what little flair they can. This is one of those songs it’s difficult to get wrong and every version I’ve heard has been good – here it breaks up the flow of the album nicely by being a distinctly pop song rather than the Blues tracks.

I Can’t Be Satisfied: After that brief interlude, we’re right back in the Blues heartland with a Muddy Waters cover. This one has some Country influence, the lead riff is a fun example of the standard ascending Blues riff, but elsewhere the song is quite sparse.

Pain In My Heart: One of the more interesting Blues covers here, this has more in common with 1950s rock ballads than Southern Blues. Jagger enjoys this one, grunting, sighing, and screaming at various points.

Off The Hook: The final original composition is the most unique of the three. It takes time in its intro and blasts into a verse with Beatles style verve. It’s a shame the melodies aren’t great, going for repetition over quality. This sounds like any number of British and American rock bands who emerged in the 60s, yet keeps Blues roots.

Suzie Q: I think I knew the name of this song long before I heard it, and it’s another I always assumed was a Stones original. In truth, I’m not sure why the song is held in such high-esteem. It doesn’t stand out from any other late 50s rocker, and this cover gives it a little more grit without making it any more or less appealing.

More of the same then. I think I enjoyed this more than the first album – maybe the songs chose to cover are better, maybe I’m feeling different today, or maybe it’s the inclusion of more original Jagger/Richards songs. Really, there isn’t a whole lot of variety between this and the first album, but if you’re into early blues rock there’s bound to be plenty to enjoy here.

Nightman’s Playlist Picks: Time Is On My Side. Under The Boardwalk.