Similar to the Costume Category, this was always a one horse race. Not quite as one-sided as Costume as we have some notable nominees here, but we know Star Wars is the winner, what with its Death Stars and Millennium Falcons and Cantinas. Close Encounters is a close second, while Airport 77 and The Turning Point don’t offer anything out of the ordinary. The final option then is The Spy Who Loved Me. It’s always interesting to me when a Bond film is nominated for an Oscar, because it happens so infrequently. If there is one category it should have excelled in over the years, it’s this one with Ken Adam pulling magic from his hat on multiple occasions. Of course it took Adam to work on Barry Lyndon before The Academy paid attention to him (though he did get a nomination in 1956 too) but he finally got some respect for his epic Bond work this year thanks to his work on Stromberg’s base etc. 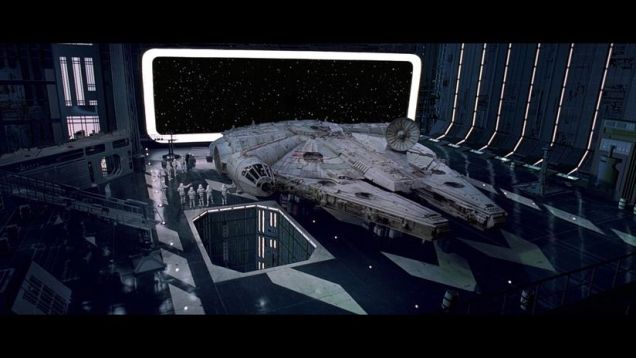 My Nominations: Star Wars. Close Encounters. The Spy Who Loved Me. A Bridge Too Far. The Duellists. Eraserhead. Hausu. Suspiria.

The Academy all out avoids some major picks this year. I bring over the three best nominees, but there’s no way you don’t nominate Suspiria here. It’s on, no questions. Similarly, Hausa just has to get on – if you’ve seen it, there’s no way you argue against it being here. A Bridge Too Far and The Duellists both deserve a nomination, though I’d be happy with either or, and that leaves Eraserhead as another film with such a unique look that it hasn’t really been replicated in the years since.

Let us know in the comments which film gets your vote!