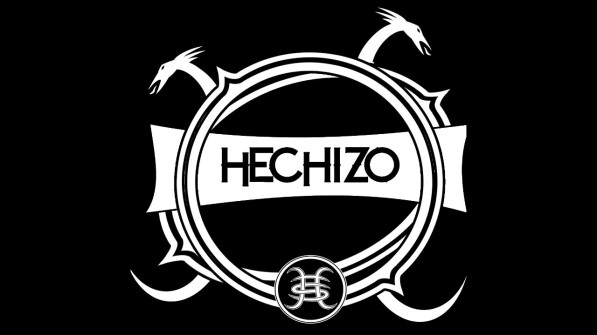 I’ve talked before about how I got into rock and metal music, and how cultural borders have never been a barrier for me. I can’t remember exactly when or how I heard about Heroes Del Silencio, but it must have been around the time they were playing on Monsters Of Rock with Iron Maiden in the mid-90s. Possibly they were mentioned in one of the metal magazines of the olden days due to working with Bob Ezrin or having a look and style similar to The Cult and G’n’R, yet something about the exotic sound of the lyrics drew me in.

I’ve always viewed the Iberian Peninsula as somewhat of a mystical land given that my visits there were my first experiences of a world outside the grey, hate-filled gloom of Ireland. Coupled with my young love for exploration and mythology based in foreign, sun-bleached countries, the music of Greece, Spain, and South America has always bewitched me with its brew of nostalgia, exoticism, and idealism. In any case, I latched on to the few songs I could find by the band – Avalancho, La Herida, and Maldido Duende were heavy, melodic, and made me seem all the more mysterious to the ladies as what sort of skinny white boy from the Northern Irish suburbs new Spanish songs in the 1990s? It didn’t matter that I had no clue what the songs were about or what the words meant – they sounded good and made me look cool, which was no mean feat.

The one which stood out most for me was called Hechizo, roughly translated as ‘spell’. The song certainly takes on a mystical quality, all deceptive riffs and rumbling drums, and at one point with my Spanish dictionary in hand I tried my own translation of the lyrics. That’s the sort of thing I used to do as a kid. This all likely happened within the span of a few months but at some point I stopped listening – something else probably came along and the song and the band soon faded away like so many others in my mind. Flashforward to 2017 and a little movie called Veronica was released on Netflix – with many claiming it be on par with The Exorcist or scariest movie of all time or based on the terrifying true story. I’d heard it all before, but as it was Spanish maybe there would be a few interesting twists on the tried and tested formula. Plus, it was directed by Paco Plaza of Rec fame, so it instantly hopped up to near the top of my must-see list. As I began to watch, it all played out familiarly enough, but with a strong lead performance and an air of sadness throughout. That title character, she is always listening to music and watching music videos and… wait a second… I recognise that song. What is that? And it all comes flooding back, my younger days with Heroes and Hechizo.

In many ways Hechizo is the perfect accompanying song to Veronica. Both deal with the supernatural in some form, and both are fast paced and filled with emotional judders. Veronica’s tragic, heroic tale seems to be mirrored in the music written over twenty years earlier and the song, which had never failed to make my hair stand on end, took on a new, even more spine-tingling verve. At its most base, it’s a song which makes me want to run out into a storm and jump around at the flaming ruins of a camp-fire blitzed by lightening, jumping, whirling, and breaking shit. The pace is relentless, the solos are furious yet never let the melody or emotion break down, and Enrique’s vocals are scorching, broken, ferocious, and sexy as fuck. Not to mention the tone of the guitar, which the band uses throughout their discography, is among one of my favourites of any band. As if to put a granite slab to the end of the song and the story of Veronica, the vocals shout there way down form ten in Spanish to the sudden end. All that’s left is to hit play again.

Let us know what you think of Hechizo or Heroes Del Silencio in the comments!