The category is still separate this year – The Omen and Bound For Glory picking up the official wins. What’s that? A horror movie actually winning an Oscar? I know, right? It’s well deserved and it’s easily the most recognizable and iconic film score here, a classic of horror soundtracks. Bernard Herrmann received a posthumous nomination for Obsession – you’d think this was just a nod to recognize a body of work, but it’s another great soundtrack. It’s all the more amazing when you remember he was also nominated for Taxi Driver this year – two terrific scores in his last months on the planet – not bad. The Outlaw Josey Wales has an underappreciated score while Voyage Of The Damned is surprisingly NOT about a ship filled with demonic, hypnotic albino children – the soundtrack is fine.

Bound For Glory appears to have been nominated and won more for what is represents than what it is, I’m surprised one of the other two nominations didn’t get the vote. Bugsy Malone is one of my most disliked films of all time…. I’ve just hated it since the moment I first clasped eyes on it, and the music is a large part of that. A Star Is Born is entirely unnecessary.

My Winner: The Omen 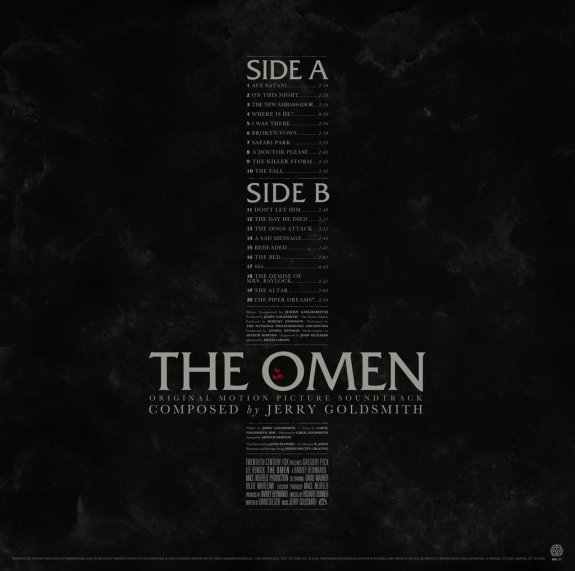 How was Rocky not nominated here? It got a nomination for Best Song (and should have won) but was left out here – ridiculous considering it’s probably the only other score from the year that still lives on today. 1900 has some of the great Morricone’s most tender work while Assault On Precinct 13 kick started a terrific run of scores by Carpenter – this one being incredibly influential to later hip hop and synth led acts. In a move that you’ll see increasingly here, we have another horror film getting a nomination for Best Score – Burnt Offerings – with it’s lonesome ‘no-one walks here’ piano lead a world away from the shattering apocalyptica of The Omen. Going in yet another direction for horror soundtracks is Carrie –  I almost wasn’t going to nominate this one as it’s quite twee and cheesy, but upon further reflection I think it’s more like Cannibal Holocaust in that it lulls us falsely. Carrie is essentially a tragedy, and the main theme sounds like it should be from some tear-jerking melodrama instead of scenes of nude showering teens and pig’s blood carnage.

Away from horror and we have John Williams leaving his mark yet again, this time in The Missouri Breaks which has a couple of great pieces featuring guitar and harmonica. Silver Streak sees Mancini in fine form, again working wonders on a zany comedy, while The Tenant is quiet, lurking, threatening. I don’t really know where to go with this one – three undisputed classics and a bunch which aren’t far behind – a great year. You know what? If they can split the category, then so can I, for absolutely no reason at all – The Omen got the win above, therefore…

My Winner: Rocky. Assault On Precinct 13.