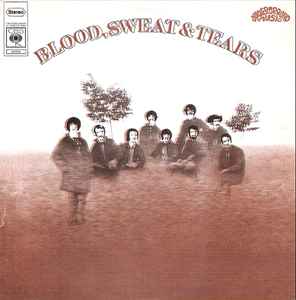 Blood, Sweat, And Tears – are they a spin off of Earth, Wind, And Fire? Nobody knows. One thing is for sure, it has been blood, sweat, and tears listening to some of these so-called best albums ever. Hilarious! Now that the shite is out of the way, I’ll be honest and say I don’t know anything this band or album and I’m not sure I’ve even heard of them. That should make the next piece easy…

What Do I Know About Blood, Sweat, And Tears (band): Nowt

What Do I Know About Blood, Sweat, And Tears (album): Less than nowt.

Lets go.. the tracklisting doesn’t fill me with confidence but as the timeless saying goes ‘don’t judge a song by its shitty name’.

Variations On A Theme: Soft. Flutey, guitary. Quite nice. Feels like I’ve heard this before, once upon a dream. That it? Twinkles.

Smiling Phases: Jazz explosion. Organ. Drums. Funky. Vocals like Baywatch. Chaotic. Drum collapse. Good piano in middle. Lots of shifts. I actually typed ‘lots of shits’ first. It’s all over the place now, but just clinging on – I can dig this amount of jazz. Not much brass so far, so I’m good. Here come da brass. Regal. Back to vocals. Slowing. Drum disaster. End.

Sometimes In Winter: More standard soft jazz into. The flutey stuff gives it a smoother edge which I prefer. Not sure about the vocals, not very exciting or expressive – then I’m not a fan of smooth vocals. This is okay, a little plain, would be served better by a different singer. Some nice parts, lyrics better than vocals, but average all round.

More And More: Trumps. Funky. James Brown. Vocals okay. This has a harder edge, no doubt influenced by the rock of the era. Drum breakdown. Guitar jump scare. Lots of screams. See, again I can enjoy this level of jazz because its so infused with other styles. Sudden end.

God Bless The Child: Slower. Swing. Too many trumpets. Religion. Everyone has covered this. Still not convinced by the vocals. Too slow and dreary for me. Piano shift. Foot tapping time. Turned into a completely different song. Crazy trump solo. More brass. Back to slow and harmonica. End.

Spinning Wheel: Honk in. Pretty sure I’ve heard this before. Vocals better again when gruff. Superman. Fart Trump. As commercial as such a mixture could possibly be. Flute weirdo moment. Going A Day In The Life. Laughs.

You’ve Made Me So Very Happy: More dodgy vocals. Whispery organ and sudden trump blasts. He’s better on the big notes. Not bad, just not my style. Seems a little cheesy, but the edge keeps it on the straight and narrow. More organ bits. The mix of jazz and funk and rock somehow works.

Blues Part II: 12 minutes, eh? Lets be havin’ ya. Organ, obviously, you’ve gots to start a 12 minute song with some organ. Tune’s struggling to come through. Meandering for now. Tune now. Ascending. Swirling. Faster. Where’s the beat. Trumpet disaster. Now beat. Bass. Very loose. Drums. Everyone’s getting a turn. Brass and bass. It goes on. And On. Sunshine Of My Love. Vocals.

Variations On A Theme: Is this the same thing again? Sure sounds like it.

What Did I Think: So, I see now that this was actually mostly a covers album, or at least features several covers.  That explains why some parts seemed familiar. Looking down the page on Wikipedia I see that a few of the songs were either outright covers or included some piece written by someone else. I’m not overly familiar with any of the originals so I can’t speak for how they have been adapted and translated. In the end though, I mostly liked it – no-one is more surprised than I am. It’s not something I see myself ever coming back to, but I enjoyed the energy. I do think the vocals could have done with a shake up, but that’s just me.

Does It Deserve A Place On The Top 1000 Albums of All Time: It’s another instance of the album not being immediately amazing to me to justify its inclusion, yet not obviously bad or average enough to cast it down outright. I can’t imagine this being massively influential – at least from a long-lasting perspective, but I can understand why it was a hit and is highly regarded. Not my thing, but when I can still enjoy something that is not my thing, then it must be doing something right.