As always we finish with the Best Cast category. It’s always been my opinion that the 1970s was when the best performers we’ve yet to see hit their peaks – most of my nominations this year feature those performers. In Badlands it’s pretty much the one-two of Martin Sheen and Sissy Spacek announcing themselves to the world, while The Exorcist is features a mini ensemble each delivering their most iconic performances. The Last Detail sees Jack Nicholson, Randy Quaid, and Otis Young in an underrated film while The Last Of Sheila does the same for James Coburn, James Mason, Raquel Welch, Richard Benjamin, and Dyan Cannon.

Live And Let Die sees a new Bond in Roger Moore taking the series in a newer direction, ably backed up by some of my favourites in the series – Jane Seymour, Yaphet Kotto, and good old Clifton James. Mean Streets, while not featuring their debuts, got to the heart of the raw talents of Harvey Keitel and Robert De Niro and Paper Moon sees father and daughter Ryan and Tatum O’Neal in one of the most memorable real life partnerships along with Madeline Kahn. Scarecrow and Serpico were both Al Pacino vehicles with the former also seeing Gene Hackman in top form, the latter with a bunch of respected character actors in smaller roles. The Sting is another hit from Robert Redford and Paul Newman, also featuring Robert Shaw, Charles Dunning, Eileen Brennan and others. My only true ensemble nomination is The Three Musketeers – Michael York, Oliver Reed, Frank Finlay, Richard Chamberlain, Christopher Lee, Charlton Heston, Faye Dunaway and others make up the exciting romp. 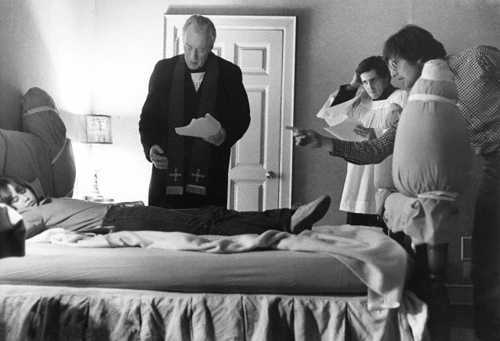 Let us know in the comments which film of 1973 you think has the Best Cast!