Greetings, Glancers! So, older readers of my Oscars posts may recall that I tried to give some stats at the end of the year. It became too difficult to gather metrics and I become too lazy, and lo the posts migrated to the Hades Of Blogs like so many before. The same will likely happen to these summary posts – where I give some ‘interesting’ stats on my favourite films of each decade. It doesn’t mean anything, you won’t gain any insight or pleasure from reading them, and they will be painful to write. Why do it? Well shucks, I’ve always had a thing for hurting myself. ‘Enjoy’! 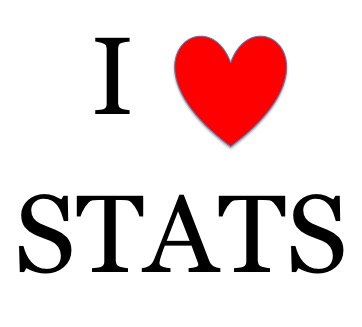 Number Of Best Picture Nominees: Twenty three (Out of a possible fifty)

Number Of Best Picture Winners: 7 (Out of a possible ten)

Number Of Movies In The Top Ten Grossing of The Year: Thirty three (Out of a possible one hundred)

Number Of Movies Which Were The Top Grosser: Five (Out of a possible ten)

The number of films nominated for Best Picture this year is unsurprisingly high. In this decade The Academy and myself largely saw eye to eye thanks to a new wave of American directors whose films gained critical attention and personal adoration. Special mention goes to 1975, which may be the only year where all five films nominated for Best Picture appear in my personal Top Ten, as well as three of the Top Ten Grossing movies. Not only that, 1976 followed with 4 of the nominees making my list, as well as being one of the few years to have a clean sweep by country – all ten movies in my list are from the US. 1978 actually also has 10 US movies, though Superman is classed as being US/UK/Switzerland/Panama. By and large The Academy got it right this year, with seven Best Picture winners making it to my top ten lists – I don’t think we’ll get such a high number again and I anticipate the 80s being much lower. Twenty three out of the fifty total nominees made my list, that’s up from the 60s and the 50s.

In terms of top grossing movies, five of the top grossers made my lists, which is up from the 60s but down from the 50s – I put that down to the 60s having many successful costume epics and musicals, not my favourite genres, and me being more familiar with 70s movies and enjoying movies further outside the mainstream than what the 50s had to offer. Just to confuse things though, the thirty three films in the Top Ten grossing movies by year is higher than the 50s, but lower than the sixties…. so I’m not sure what to make of the stats. I will say 33 out of 100 is lower than what I expected but that I anticipate the 80s to be much higher.

Movies By Country In My Top 10:

The USA dominates again with a whopping seventy three films out of 100, one less than the 1950s. I was expecting this decade to be high as it is really when most of my favourite US directors and performers were hitting their peaks. Aside from the US, we have a few notable changes, namely Japan falling from grace and Spain disappearing completely. Japan had ten entries in the 50s, five in the 60s, but only one in the 70s. Don’t worry, that will pick up again. The UK drops down to nineteen, an expected drop after the swinging sixties, while Italy dropped a little to seven – held up by a new wave of horror movies. France stays consistent with single figures, Canada returns with a couple, but the newbies on the list are Australia with four and Hong Kong with five – Bruce Lee on the latter and a few up and comers for the former.

One hundred films, seventy one directors. That’s down slightly from the sixties – most of the guys who were prominent in the previous decade are here again. The biggest changes this decade are that Hitchcock has completely vanished – he made a few decent films but none which I enjoyed sufficiently to include here, and Kurosawa. While Hitchcock is dead by the time the 80s roll around, Kurosawa was still going. In addition, Disney only made a single inclusion as they entered a bit of a dark age before their second Golden Age would begin later in the 80s. There are no obvious standouts from a director standpoint, though Robert Altman claims the top spot with four. We have a group on five with three movies each – Freidkin, Argento, Hill, Coppola, Lumet, and a bunch with two. A few directors making their debuts in my lists this decade will go on to greater success.

Let us know your thoughts in the comments!