Official Nominations: Cries And Whispers. The Exorcist. Jonathan Livingston Seagull. The Sting. The Way We Were.

The official winner this year was Sven Nykvist for Cries And Whispers – arguably a career award for his overall work with Bergman, though there is no doubting that the transition to colour use is stunning here. The Exorcist isn’t a film I typically think of when I think of award-winning cinematography, though once again there are a range of shots which encapsulate claustrophobia and heighten tension. Jonathan Livingston Seagull is not good, but again no getting away from how good it looks at times, while The Sting is at least notable for looking good, even if I attribute this more to the authenticity of costumes, sets, and music. Finally, The Way We Were seems like an unnecessary inclusion to drum up support for Streisand, Pollack, and Redford.

My Winner: Cries And Whispers 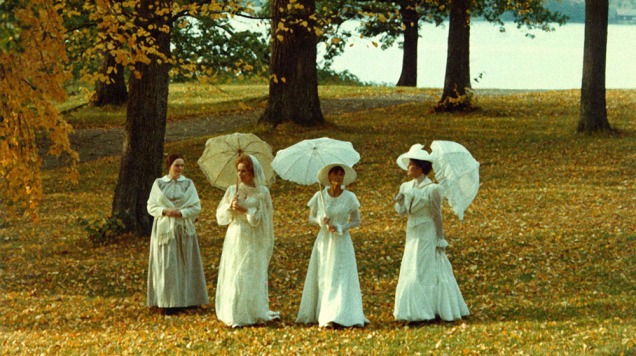 Only two migrate to my list. Joining them is Bruce Lee’s biggest film Enter The Dragon, a film which still looks superb today with wonderful shots tracking the progress of the tournament from high above, interspersed with the close up work for the central fights. Malick’s debut Badlands is beautiful at regular intervals along with both Don’t Look Now and The Wicker Man which showcase optimal usage of location. Finally, another film whose power is derived in a great part from location is High Plains Drifter. I’d be happy with any of those last four films picking up the win.

Let us know in the comments which film of 1973 you think deserves the Best Cinematography award!