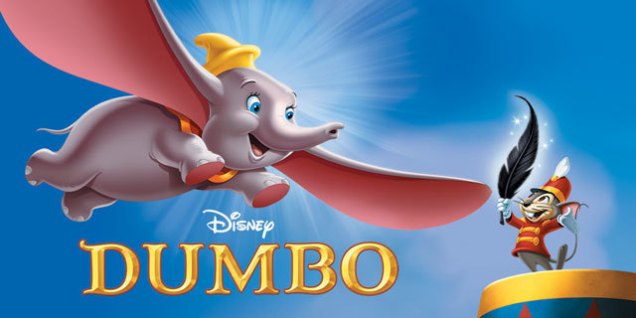 You know, I’ve no idea when I first saw Dumbo. I mean, it must have been when I was young but I don’t have any real memories of watching it as a child and as such it’s one of the Disney movies that I’m not overly familiar with. It lacks that important connection – that tie that binds a film to your brain, heart, and soul because you saw it in your youth, regardless of whether or not it is a piece of crap. There’s really only one song I know well from the list below, and it’s not one I like. In my last post I mentioned songs to take with you to the next world – landing on a new planet armed only with the essential cultural artifacts of Planet Earth and sharing them in a non-preachy, non-hostile, non-colonial manner with the…. natives. You see where I’m going with this.

Look Out For Mr Stork: It’s that choral style of singing that gets me. I just can’t enjoy vocals like these, there’s something lodged in my psyche which won’t allow it. So dreary, even though it’s meant to be funny and light. Along with the visuals the song works, but on its own it isn’t strong enough.

Casey Junior: A diving attack of brass and strings gets this off to a romping start. It’s mostly an instrumental, though that train’s voice is damn creepy. Just when we think it’s over, those annoying vocals come in again – they are short-lived this time around, so it isn’t so bad.

Song Of The Roustabouts: Well, now. Is it racist? Is it about racism? Is it a sign of the times? Am I just a PC libtard leftie self hating safe-place-needing sheeple for daring to think about such things? I don’t know. But I do know it’s not a very good song – more like a simplistic chant. Was that racist too?

Baby Mine: Well, that’s more like it. Sort of. The singing is a little too whiny and the less said about the backing vocals the better. Still, it’s a rather lovely little lullaby.

The Clown Song: A jaunty, French sounding song, but not a lot to it. Entertaining filler.

Pink Elephants On Parade: Yes yes, it’s all rather disturbing to watch. As a song it plods along with a sort of threatening pace and tone. It’s over a minute before the weird vocals begin, men putting on ‘They’re coming to get you, Barbara’ voices and ranting. At one point it goes all Middle Eastern, then it becomes a flighty little dance, then a rumba or something. Then it goes crazy. Then it ends.

When I See An Elephant Fly: Hmm. More confusion. Hmm. The song isn’t great either.

So, only two songs worth mentioning and neither of those I would consider very good. I’m not even sure I would call any of the songs here essential – not essential enough to bring to another world and spread as Gospel anyway. Onwards and upwards!