Official Nominations: Nicholas And Alexandra. Bedknobs And Broomsticks. Death In Venice. Mary, Queen Of Scots. What’s The Matter With Helen.

My Winner: Nicholas And Alexandra

Along with the costume dramas I add three should-have-beens, and one never-would-have-been. A Clockwork Orange may not at first glance seem as visually arresting as some of Kubrick’s other work, but the attention to detail in costume and set design is paramount. A Clockwork Orange wouldn’t be see unnerving without the pale, iconic, almost jumpsuit look of Alex and his droogs often as a counterpoint to the more stylized 70s flair of everyone else. McCabe And Mrs Miller is of course a gorgeous movie with the costumes a huge part of the overall tone, while the characters in Willy Wonka And The Chocolate Factory appear as extensions of their clothing – from the drab look of Charlie and his grandfather to the exuberant red festive attire of Veruca, not to mention Wonka and the Oompa Loompas. Finally, lets add Red Sun as it doesn’t get mentioned enough. 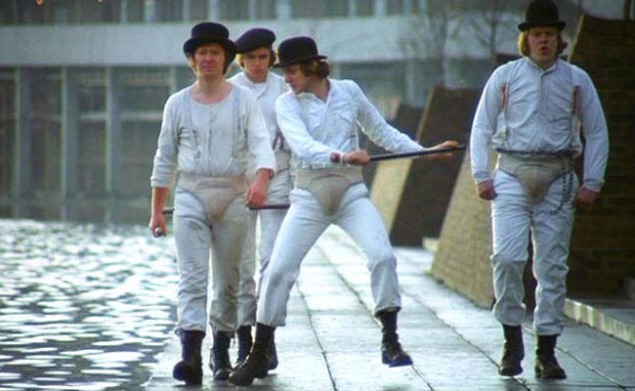 My Winner: A Clockwork Orange

Let us know your winner in the comments below!