How many times has the remake versus original conversation taken place over the last few decades, whether over the net with like-minded bloggers or over beers and Scampi Fries with friends? Although the number of remakes in recent years has sky-rocketed to ridiculous levels, the general consensus remains that remakes are generally weaker than the original. We’re not here to discuss that argument today, though feel free to leave your comments on the matter below, but instead we’re simply going to review the film on its own merits as much as possible. This ‘new’ Evil Dead takes the premise to it’s most basic premise – a group of friends are tormented by horrific forces whilst staying in a cabin far from civilization – and dispenses with much of the humour of the originals. It’s gory, it’s grim, it’s great.

You know the original story, right? Group of college kids head off to a secluded cabin for a weekend. Evil Dead takes a cue from its modern gritty brethren and adds a millennial generation twist – one of the friends is an addict (I want to say heroin?) and her friends are taking her out to the middle of nowhere to get clean. That’s a bad idea in and of itself, but we already know from the prologue that things are likely to get worse (the prologue showing a nice bit of capture, setting on fire, and headshots). Before long a certain book is found, a certain verse is read, and a certain ancient evil is awoken. From that point on the film moves at a frantic pace as people are possessed and injured and killed in gruesome ways.

The cast is a step up from the original, that much is obvious. Sure, we don’t have Bruce Campbell, but we do have Lou Taylor Pucci – a vastly gifted and underappreciated actor, and Jane Levy as the female lead who tows the line between addict, demon, and warrior. The story does try to merge the whole getting over addiction thing with a violent exorcism but lets not pretend we’re here for anything other than blood and guts – the story does what it needs to, removing some of the gaps from the original and adding some emotion and character. What we lose is much of the humour, the slapstick invention – it’s here, but in much smaller doses. It’s a fine balancing act – the original succeeded because no-one has really seen anything like it, but having that mix of comedy and gore nowadays is especially difficult as we have now seen so many attempts at it.

I can see some fans of the original series being too precious to get on board with this remake, but I believe most fans of the original are fans first and foremost because they love horror. This is a horror movie, with all the blood and violence you could hope for, as well as some fairly effective scares. It’s not going to change the world like Raimi’s movies did, but it is going to entertain and gross-out. It’s easily one of the better remakes of recent times and is deserving of your time. Let us know in the comments if you enjoyed this remake or if you feel it is another inferior and needless cash-in. 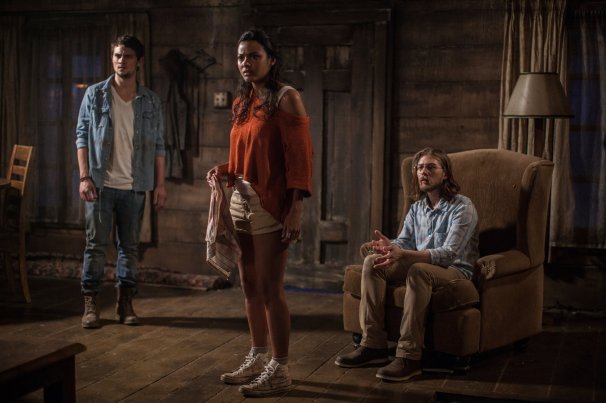 What did you think of this remake? Had you seen the original already, or did this make you want to go back and find the 80’s classic? Let us know in the comments!