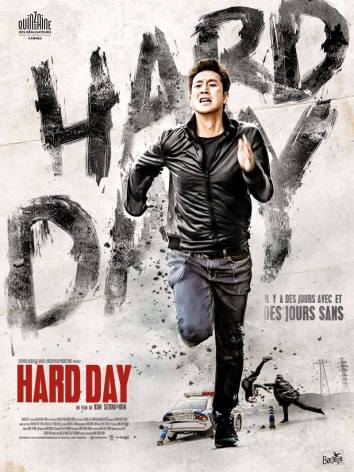 You know, I was in two minds for a large part of the movie over whether I could really say that I enjoyed it, given that the main character and his pals are all scumbags. As things progress though, you can’t help but cheer for the protagonist as his situation gets steadily worse and more ridiculous. A likable performance by Lee-Sun Kyun as the resourceful anti-hero certainly helps matters, so try not to be turned off by the events of the opening 30 minutes or so, though by that point you should be invested and intrigued enough by the plot to want to continue.

The story follows an unusually difficult day in the life of a shady Detective – not only has he split from his wife and is being investigated by Internal Affairs for bribes and embezzlement, but he kills someone whilst speeding home to his mother’s funeral. It’s at this point that you may need to suspend some believability – it shouldn’t have been too difficult for him to wave down the approaching cop car and say that the person stepped out in front of him – and a quick examination of the body would have unveiled one of the later twists in the movie. Geon-Soo though decides to cover up the event, but when it turns out that the corpse was a wanted criminal, his own team begins to investigate, and he receives calls from someone claiming to have witnessed the whole thing. 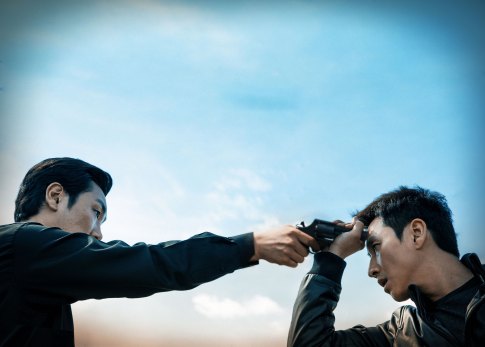 A well constructed thriller, the film is racked with tension, and doesn’t feel rushed. Almost the first half of the film is taken up with with Geon-Soo’s attempts to cover up his crime, and the second half being an attempt to find out who the mysterious caller is in order to protect himself and his family. As many reviewers have already outlined, there is a refreshing amount of humour, though it is more subtle than on the nose, instead relying on the audience awareness of how absurd events are becoming. A few set-pieces are played out well – the body-hiding in the funeral parlor, the confrontation on the bridge while a bomb ticks down, and the apartment fight scene being the prime examples. It’s the mark of a director in complete control of his craft, which is impressive given that this is only his second directing credit. Also refreshing in the end, is how the central character and his friends are not typical Hitchcock characters, caught up in a crime they happened to stumble upon, but rather they are dirty cops always looking for a quick buck and making highly questionable decisions. This leads to some witty dialogue and of course the increasingly pressurized situation Geon-Soo makes for himself. While most of the cast get only minor supporting roles, each is believable, either as an innocent, bewildered (by Geon-Soo’s odd behaviour) family member or bystander, or as as cop on the merge of being a crook. The two biggest roles, of Geon-Soo and of Detective Choi are played well, with one verging between the typical smooth talking detective and total breakdown, and the other being a commanding, almost otherworldly wicked presence, loving the power he wields.

In summary, it’s another strong thriller from South Korea, so for any fans of Asian Cinema, or diehard crime thriller loves, this is definitely one to try. There isn’t a whole lot of action, and it doesn’t have the John Woo or Tarantino feel which the DVD cover claims, but is distinct in its own way, with plenty of tension, the odd chase and fight, and a nice amount of humour thrown into the mix. 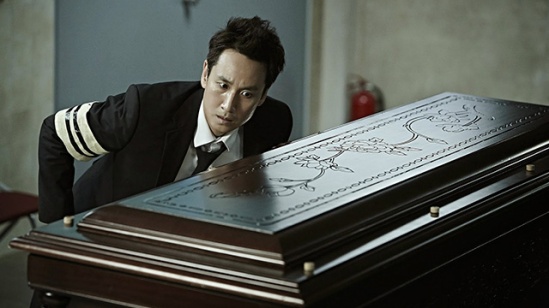 Have you seen A Hard Day? Where would you rank it among recent Korean thrillers? Let us know in the comments!