*Note – review based on a free copy provided by Amazon 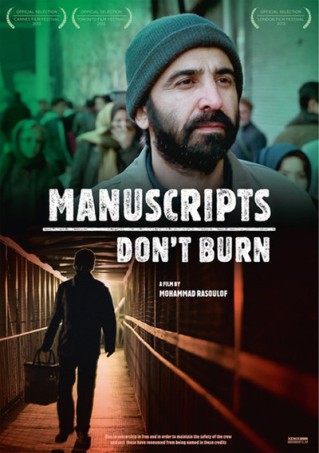 A difficult film to appreciate, this is at times slow, awkward, detached, confusing, and has an almost documentary like vibe to it. With that said, it is clearly well made from a technical perspective, and tells an important story. Apparently based on true events, the film follows the intertwining stories of a group of ‘intellectuals’ – writers who speak out against the lack of freedom of speech in Iran, and the various people who try to silence them. The main incident over which the groups collide is when a bus of 21 of the intellectuals is purposely attacked in an attempt to silence them all in a single swipe, and make it look like an accident. This attempt goes array, and the writers attempt to make this event public through their words, while the other side attempts to cover their tracks.

Some Sort Of Morality

Rather than simply killing the intellectuals, there is some sort of morality play going on, where old friends attempt to take a non-violent approach to the silencing. Obviously, the manuscripts telling of what happened must be found and destroyed, but all of this is approached in an excessively slow burning, convoluted manner, with kidnapping, torturing, and other apparently pointless asides. I have no idea if this really is based on true events, or if it is, if this is how the events actually transpired – it all seems like some incredibly inept attempt at being in control, and in fighting for justice. The story also appears to jump around in its narrative, there are a high number of redundant scenes, and there are a few pieces where voiceovers and actual dialogue begin to merge. I can’t honestly say if it is well acted or not because I haven’t seen any of these actors before, and the range of what is shown is extremely limited. The fact that much of the film is shown from the side of the soldiers sent to do the dirty work must be an attempt to show that, hey, even these guys are human (one of them has a sick son), but we don’t get any insight into these characters and so cannot feel any sympathy or any other emotion for them.

I’m sure there is a much more engaging, stronger story in here somewhere. I would love to say that this is authentic and honest, but it is something I don’t know enough about, and the film certainly hasn’t made me want to learn any more. If you are interested in Middle Eastern Cinema, or indeed the conflicts and injustices going on there, then you may get more out of this.

Have you seen Manuscripts Don’t Burn? Did you enjoy it more than I did? Let us know in the comments!