* Note – based on a free copy provided by Amazon

The first film I’ve seen by Diao Yinan is as cold and harsh as it’s name suggests. Taking place in the frigid, frozen north of China it seems like the bleak surroundings are seeping into the lives of the inhabitants. Focusing on one Detective’s fall from grace and sobriety after he gets involved in a case of murder and scattered body parts, the film is a well acted but detached affair.

Liao Fan packs on the pounds to play the central role, a man who doesn’t seem to care what happens to him, yet is seemingly looking for love or something resembling it. Gwei Lun Mei plays the mysterious woman who appears to be connected to the murders – everyone she becomes entangled with ends up dead. She spends much of the movie mute and reminds us of a Hitchcock archetype, enticing our protagonist and others not by her actions but her passivity and the fact that these terrible things just keep happening when she is around. 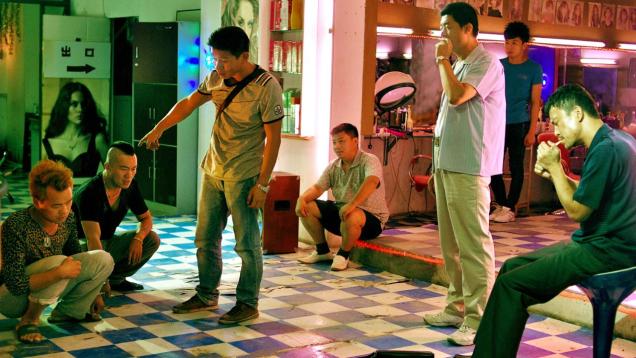 There are a couple of standout scenes where the violence is swift and shocking in stark contrast to the slow nature of the rest of the film. It’s a decent film, one with occasionally striking visuals and good performances, but it rarely offers anything new, exciting, or memorable. People not familiar with Asian cinema will likely not find anything to convert them, while regular viewers may be frustrated by the cold disjointed nature of the film and its characters. Let us know in the comments if you have seen this one, and share what you thought!