Everyone’s favourite Bond song makes my Top 10, but it has never been my favourite. Is it the definitive Bond song? Yes, probably, and it features one of the finest vocal performances and set many of the standards, but it isn’t my favourite. It has a superb introduction, wailing horns gradually getting softer and leading in to a seductive verse. Bassey towers over the music as if the music was played much louder in her ears when recording her vocals – completely belts them out with much more force than is remotely necessary. Massive swell and massive final note. https://www.youtube.com/watch?v=eSnbaPW1Cfw 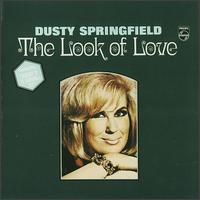 Blasphemy! A spoof Bond song finishing higher than the definitive song!? I feel this is (at this point in time) the stronger song, with Dusty giving a timeless performance, her voice sounding disturbingly similar to some of the instruments. It’s a smokey, sexy performance, a beautiful series of melodies throughout, brilliantly constructed. https://www.youtube.com/watch?v=Tf1d65OHYXo

7. The Writing’s On The Wall (from Spectre) – Sam Smith 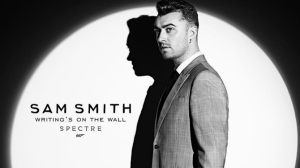 I assumed I wouldn’t like this given that the previous couple of films have had atrocious songs, and that I had not liked anything I had heard from Smith so far. This one is getting a lot of stick currently for sounding too…. feminine? I don’t know, sounds like a lot of Dude Bro types just felt their testicles get a little less hairy when they heard this, wanting instead a song suitable for blasting quads in the gym or whatever it is dickheads do with their time nowadays. This has grown on me quite a bit, and maybe it’s so high on my list because it’s fresh, but nevertheless Smith gives an emotional performance in a song that feels honest, and feels like another chapter of the Bond saga coming to an end. It has a desperate, dark tone, full of angst and melancholy. There is the big Bond opening, followed with a bleak piano line. I’m hoping dearly now that the film will be emotional in the vein of Casino Royale and that James gets some closure over Vesper. It is a gorgeous song.

Let us know below what your favourite Bond song is.