Another British invasion this year, with 3 of the 5 nominees hailing from GB. Martin Balsam picked up his only Oscar win this year for his straight-laced portrayal of a conformist clashing with his non-conformist brother. For an actor who appeared in some of the biggest and best films of the 50s, 60s, and 70s (from On The Waterfront to Psycho to Breakfast At Tiffany’s to All The President’s Men) it is interesting that his win came in a film which so few have seen nowadays. Ian Bannen gets a nomination for his performance as Ratbags in Flight Of The Phoebnix, one of a series of performances as the angry Scot. Tom Courtenay was edged out, surprising some thanks to a strong performance as Antipov, but the scope of Doctor Zhivago sent the actor largely back to a stage career. Michael Dunn got his big break away from television in Ship Of Fools which opened the door for a host of actors with dwarfism. Frank Finlay rounded off the list as Iago in Othello, perhaps his most successful role in a career full of action packed films, horror turns, and honest dramatic portrayals. 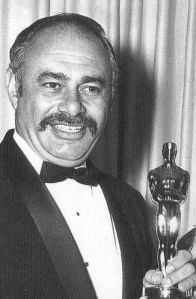 Not the greatest year for me, with three new choices making my list. Robinson gives his best performance in years and provides the best moments in The Cincincatti Kid while Lee Van Cleef replaces Charles Bronson in For A Few Dollars More bringing a sneering, cynical performance to the military man in search of bounty. Brynner is brilliant in the rarely seen Morituri, starring as a Nazi Captain torn between his sympathetic nature, furthering his career, and preventing his second in command from atrocities.

Let us know in the comments below who is your pick for the Best Supporting Actor of 1965!