A fairly terrible year this with a bunch of ye olde stage actresses of high renown, mostly known for playing the snooty, the haughty, the high brow. The list of names even read like the cast of characters from a 19th Century Play. So out of 5 similar enough roles and performances, I have picked my winner as the actress who turns her role off its centre in Hush… Hush, Sweet Charlotte  – it’s just enough off centre to make it more of a re-examination than a straight portrayal. 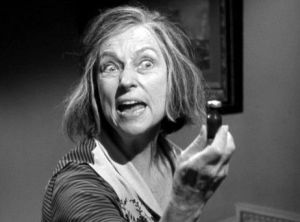 A fairly rotten year for supporting actress with only Jitsuko Yoshimora as The Daughter from Onibaba and Kerr from Night Of The Iguana setting the world alight, while Moorehead is the only crossover.

Do you agree with my brazen statement that this was a crappy year for Supporting Actresses? Let us know in the comments who your picks are!