If any of you currently reading this are alive, then you’ll be familiar with a place in the US called Hollywood. You should also know that it’s where a lot of movies are made, and where a lot of stars hang out. You may even be aware that they have a ‘Walk Of Fame’ – stretches of footpaths, pavements, sidewalks which are adorned with brass  ‘Stars’ listing the names and achievements of hundreds of personalities who have entertained us over the last hundred years or so. What you may not be aware of though is the selection process, which simply involves having been involved in a particular field of entertainment for a particular amount of time, to be nominated (by anyone), to agree to be involved, and, oh yes, a hefty sum or donation.

Thanks to the Universe shattering, awful power of The Spac Hole, we have decided to create our own version of The Hollywood Walk Of Fame, and dedicate our own little corner of creation to the people who have given us so much more than we could ever give in return. If any of you have ever played Sim City, or Cities: Skyline or any other decent City Building game, imagine creating a city, not unlike Hollywood, but entirely dedicated to the stars of today and previous days. See now as the gold-paved streets are laid with care, gasp as monuments are raised, watch as galleries and restaurants and gift shops are erected filled with memorabilia to your favourite actor, actress, director, show, or movie. Look! Over there, a group of fanboys are massing as they approach the newly opened Star Trek Museum which features full-scale a SS Enterprise and more, and over there a young lad wielding a plastic lightsaber is charging around a kilometer wide recreation of the Endor set. Yes, this truly is the greatest tourist destination unknown to man, and a galactic cry of thanks to all the men, women, and miscellaneous who have kept us from doing anything else with our lives since we dropped from the womb.

1880s: Raoul Walsh. Awarded for contributions to Cinema. Actor, director, founding member of AMPLAS, discoverer of John Wayne, his works include The Birth Of A Nation, Regeneration, The Big Trail, The Roaring Twenties, They Drive By Night, and White Heat.

1890s: Edward G Robinson. Awarded for contributions to Cinema. Famous for his tough guy gangster and fast-talking roles, Robinson was one of the first true superstars of Hollywood who embraced the villainous roles and made the bad guy more interesting than the good guy. Robinson starred in classics such as Little Caesar, Double Indemnity, Key Largo, and The Cincinnati Kid.

1900s: Lon Chaney Jr. Awarded for contributions to Cinema, TV, and Radio. Like his father before, Chaney’s film career is mostly remembered for his work in the horror genre, he was also known for playing henchmen and other villains thanks to his physical presence. Works include The Wolf Man, The Mummy’s Tomb, High Noon, The Defiant Ones 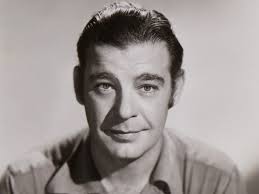 1910s: Lloyd Bridges. Awarded for contributions to Cinema and TV. Aside from a distinguished Lifeguard careers, Bridges film,stage, and Television work spanned six decades, showing a versatility between mediums and genres. Works include Sea Hunt, The Lloyd Bridges Show, Roots, Airplane!, and A Walk In The Sun. 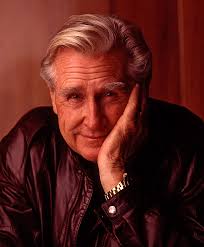 1920s: Peter Sallis. Awarded for contributions to Cinema and TV. One of the members of oldies favourite Last Of The Summer Wine, Sallis also gained recognition later in his career for his voice work in the Wallace and Gromit series. Other works include Doctor Who and Scream And Scream Again.

1930s: Rip Torn. Awarded for contributions to Cinema. Oscar nominated and Emmy award-winning actor, Torn has had a long and varied stage, Television, and cinema career appearing in works such as Cross Creek, Men In Black, Alfred Hitchcock Presents, and The Larry Sanders Show.

1940s: Martin Jarvis. Awarded for contributions to Cinema, TV, and Radio. A global theatre actor, a famed voice actor for many radio plays, audiobooks, and videogames, Jarvis has appeared in works such as Doctor Who, The Forsythe Saga, The Queen’s Nose, and Titanic.

1950s: Beverly D’Angelo. Awarded for contributions to Cinema, TV, and Music. As well as a string of TV movies and Broadway productions, the Emmy and Golden Globe nominated D’Angelo has appeared in works such as Entourage, National Lampoon’s Series, American History X, and The Coal Miner’s Daughter.

1970s: Andy Samberg. Awarded for contributions to Cinema, music, and TV. One of a never-ending string of SNL hit performers, Samberg has branched out with such works as Brooklyn 9-9, Hot Rod, and Cloudy With A Chance Of Meatballs.

1980s: Harry Treadaway. Awarded for contributions to Cinema and TV. With a career gradually gaining momentum, Treadaway already has contributed to works such as The Disappeared, City Of Ember, Cockneys Vs Zombies, and Penny Dreadful.

1990s: Saoirse Ronan. Awarded for contributions to Cinema. One of cinema’s biggest, most promising youngsters, Ronan has already been nominated for a Bafta, Golden Globe, and Academy Award and has appeared in a host of films such as Atonement, Byzantium, City Of Ember, and The Grand Budapest Hotel. 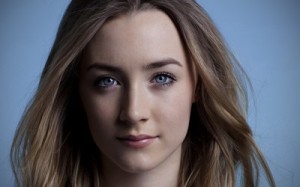 In addition to the Star Wars and Star Trek museums featuring full size sets and spacecraft which you can walk through and interact with, this week sees the creation of:

A museum dedicated to Universal’ s Monster movies, featuring haunted house attractions, ghost trains, and other rides based on classic monster movies like The Wolf Man, in honour of Lon Chaney Jr’s induction.

In honour of Lloyd Bridges’s induction, a nightclub based on the disco from Airplane! – come and enjoy Jive-talking bar staff, authentic Disco music, and swing your partner by the foot and you’ll be sure to have an unforgettable night!

Let us know what museums, stores, attractions, clubs etc you think should be part of our Walk Of Fame, and what features there should be in each!

23 thoughts on “Walk Of Fame – A Celebration Of Heroism”